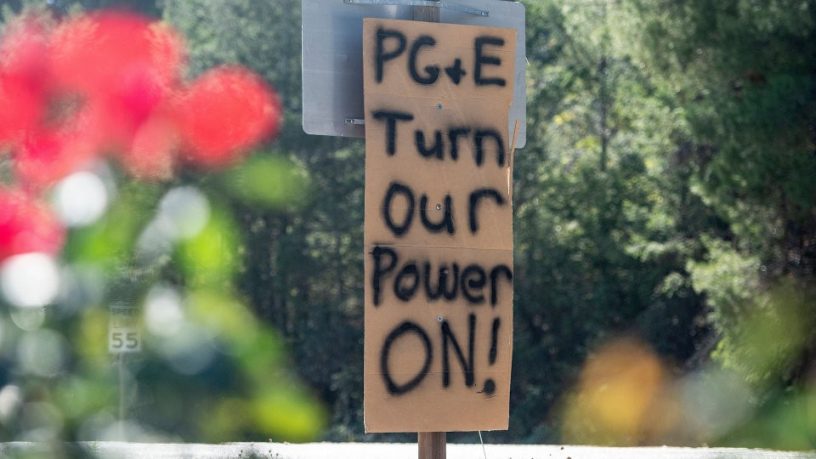 My college sophomore son called me last week to tell me about his literature professor who spent almost an hour ranting and raving about the cause of the California wildfires: capitalism.

At the center of the blazing wildfires, both literally and figuratively, is troubled PG&E, a regulated gas and electric company operating in central and northern California. Most, if not all the fires, resulted from sparks produced by outdated PG&E transmission equipment. And, as any literature professor knows, capitalism is also responsible for climate change – and thus the California drought conditions that served to compound the problem.

PG&E, overburdened with $10.5 billion of debt and other obligations and $15 billion in losses the past two years, filed for bankruptcy in January. California Governor Gavin Newsom has threatened a takeover of the utility, arguing that he will compel the company to make massive investments in infrastructure to improve the safety of the state’s transmission grid. Newsom blamed the wildfires on dog-eat-dog capitalism and corporate greed meeting climate change.

Wrong. The problem is that politicians have used PG&E as a policy piggy bank –compelling the company to spend billions on unprofitable policy-driven sustainable and low-income programs. Misguided incentives at PG&E have resulted in a company with a disparate portfolio of divergent businesses. As is often the case in business, PG&E’s pursuit of areas outside of its core competence helped create a lack of focus and thus increased the potential for operational problems.

The California Public Utility Commission is responsible for the safety and dependability of the state’s utility systems. I am not aware of any literature professors who have blamed a failure of state oversight for these fires or PG&E’s outdated equipment. Nor have they blamed the company’s inability to properly maintain its equipment on the billions of dollars in “green initiatives” and other unprofitable programs required by the state’s legislature.

In 2018 PG&E spent a state-required $150 million on battery storage technologies, $125 million for weatherization grants and $130 million to install electric car charging stations. Each year the company is required to spend $100 million on solar systems in low income communities. Since 2015 PG&E has provided $2.2 billion in legally-mandated customer rebates for rooftop solar installations.

Critics of capitalism describe PG&E’s actions as prioritizing profits over safety. It’s hard to make that argument, however, when PG&E hasn’t produced a profit in several years. The Wall Street Journal more accurately describes the situation as PG&E prioritizing political obeisance over safety.

Of course, if capitalism is responsible for wildfires, it is also responsible for the electricity provided to those millions of California residents. But that’s a totally different discussion.