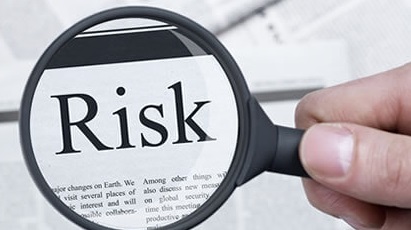 Whether or not they actually provide useful information to patients, those disclaimers ostensibly give drug makers 30 seconds of CYA cover when patients develop infections or heart failure from using their products.

People don’t CYA without a reason. That’s why the closing documents for a home purchase are more voluminous today than a decade ago. It’s also why someone selling you an insurance policy, annuity or some other structured product has lots of glossy sales material – and only at the last minute pulls out the actual legal contract with dozens or hundreds of pages of fine print few people ever bother to read.

Always read the fine print. A high school teacher in Thomaston, Ga. is $10,000 richer because she did.

When Donelan Andrews planned a recent trip to England, she wanted to purchase travel insurance – but she wanted to know exactly what the policy did and didn’t cover, so she read the actual policy. All of it, including the fine print. “I know I sound like a nerd,” Andrews explained, “but I learned to read contracts, so you don’t get taken advantage of.”

On page seven of the contract was a section titled Pays to Read. In part, the section read “we estimate that less than one percent of travelers … actually read all of their policy information – and we’re working to change that.” The contract continued, offering to pay $10,000 to the first customer who emailed the company and mentioned this section of the contract fine print.

Donelan Andrews immediately emailed the company. A day later, she received a call informing her that she’d won the $10,000.

Fine print seldom works that way. Instead of creating opportunities for a windfall, most fine print provides information needed to avoid a pitfall. After meeting with a salesman, you may think that the Super-Duper Magic Annuity guarantees an S&P 500 return, with no chance of loss. If you read the fine print, however, you will find definitions of terms that will govern your actual return. And it is by these definitions that the investment should be evaluated. In many cases, there is a long list of conditions, restrictions and costs that might leave you worse than where you started.