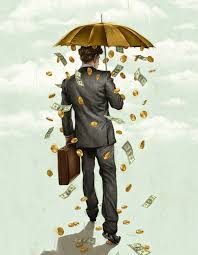 A recent study finds the exact opposite relationship. That is, the CEOs who receive the highest pay tend to have produced the lowest long-term stock returns for their shareholders.

Honest people can disagree whether or not the CEO of a national coffee shop (Starbucks) “deserves” to be paid $20 million a year, but there is something massively perverted about a system that pays the Derek Dooley’s of the corporate world more than the Nick Saban’s.

A 2014 study by Michael Cooper at the University of Utah looked at the relationship between CEO pay and future stock performance. The results were similar: the more a CEO is paid, the worse the company’s stock is likely to perform over the next three years.

The negative relationship was more pronounced as CEO pay and tenure increased, even within the same quintile.

A 2015 CEO pay and corporate performance study by the Wall Street Journal and the Hay Group reached the same conclusion: whether measured coincidentally or prospectively, the more a CEO is paid, the more likely it is that his company’s stock will (or has already) under-perform its peers.

Boards of directors are responsible for stewardship of a company’s assets, including executive compensation. Board members, however, are apparently blind to problems in compensation practices. A February study by researchers at Stanford found that a majority of public corporate directors think CEOs are underpaid.

If directors don’t address this problem, politicians might. A Rasmussen poll found that government control of all executive pay is favored by 20 percent of Americans—about the same percentage of presidential primary voters who preferred Bernie Sanders.