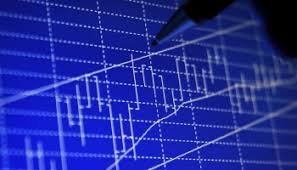 On October 19, 1987, the DJIA dropped 22.8%, still the index’s largest single-day percentage drop. From its peak in August 1987 to its lowest level 2 months later, the stock market dropped 34%, the second worst intra-year market decline since 1980. Unless you lived it – with money in stocks – it is impossible to understand the panic that existed at the time. And even if you did live it, you likely forgot that, even with that massive decline, the U.S. stock market finished 1987 with a two-percent gain.

Even though the stock market has increased in most years (in 73% of the years since 1929), within every year there is always some period of decline. There is a high point for stock prices during the year, and there is some low point that follows that peak. The difference between those two is the peak-to-trough decline for that year.

Reading numbers in paragraph form is sometimes tedious. The following data, however, are important enough to warrant whatever effort it takes to read and understand it.

What those panicked investors didn’t consider is that the stock market always experiences some interval of decline within a given year. Since 1980, the average peak-to-trough decline was 14 percent, even though the market increased in 29 of those 39 years, producing an average annual return of 8.4 percent.

Even if you could successfully predict the years in which the stock market would experience double-digit intra-year declines, it would still be difficult to use that information to your advantage. The stock market has suffered double-digit peak-to-trough drops in 22 of the 39 years since 1980. In 13 of those 22 years, however, the market actually increased over the entire year. Had you successfully avoided the years in which you correctly predicted a peak-to-trough drop of 10% or more, you would have avoided the 6% market decline throughout 2018, but you would have also missed years such as 2009, when the peak-to-trough drop was 28%, yet the S&P 500 increased 23% for the entire year.

It is possible to make nuanced changes in your portfolio to take advantage of intra-year volatility, but for most passive mutual fund investors there are two lessons. Formulate an appropriate asset allocation and make certain that the percentage of your portfolio in stocks is not so great that a prolonged bear market would place you in financial jeopardy. Then stick to that stock allocation.