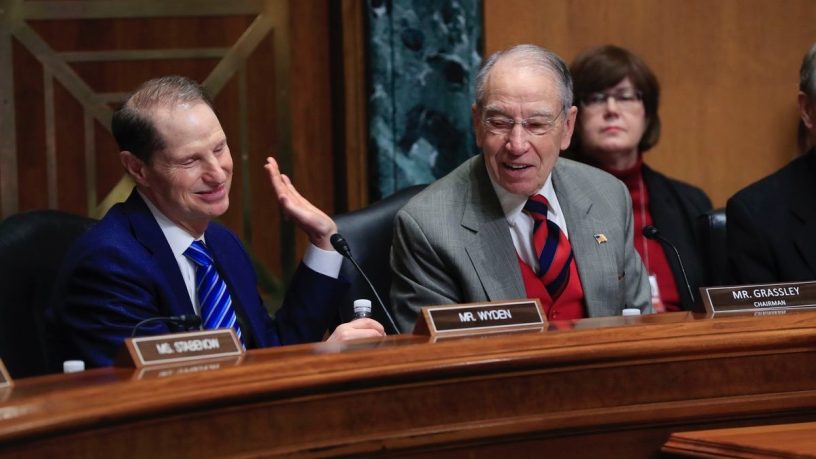 If you sell an asset for a gain, the IRS taxes you on your profit, but only after you sell the asset. Oregon Senator Ron Wyden has proposed perhaps the goofiest and most impractical tax idea of all time: taxing individuals based on unrealized capital gains, that is, gains they may or may not eventually have.

Ignore the motivation for such a proposal; how would it even be implemented? If unrealized capital gains are taxable, would unrealized losses be deductible? If a taxpayer’s unrealized losses exceed his taxable income, would he get a check from the IRS? In 2018, would taxpayers have owed Mark Zuckerberg $1.6 billion for his loss on the price drop in his Facebook shares? Or does Wyden see his plan as a sort of “heads I win; tails you lose” system, where the government shares in the increases in your portfolio value, but not the declines?

“Zuckerberg’s an ultra-rich guy,” you say. “He can afford it.” What about the farmer whose 200-acre soybean field is adjacent to a newly announced BMW plant or NFL football stadium? All of a sudden, his little $500,000 farm is worth $4 million. How would the farmer pay the $700,000 taxes due on his unrealized gain? Sell 40 acres? Take out a loan? What if the farmer borrows money to pay the tax, and then the NFL stadium deal falls through, driving down the market price of his land? Would the federal government pay off the farmer’s loan? What about the owners of any small business? Or someone who owns a rental house or two? Will Uncle Sam accept a portion of the asset for tax payments on illiquid assets?

Further complicating matters are the difficulties of actually claiming someone has a capital gain in the absence of a sale of the asset, because it is simply speculation. While there are always ways to estimate the value of an asset, until a buyer actually offers that price, there is nothing to tax. A market for regularly determining the values of most private assets also does not yet exist, leaving no way to even calculate a tax liability on any gains.

This proposal is simply an impractical legislative threat that would have negligible (or a negative) financial impact to the country, but creates opportunities to fan the flames of class warfare, blaming “the rich” for never paying their fair share and being responsible for much of society’s ills.