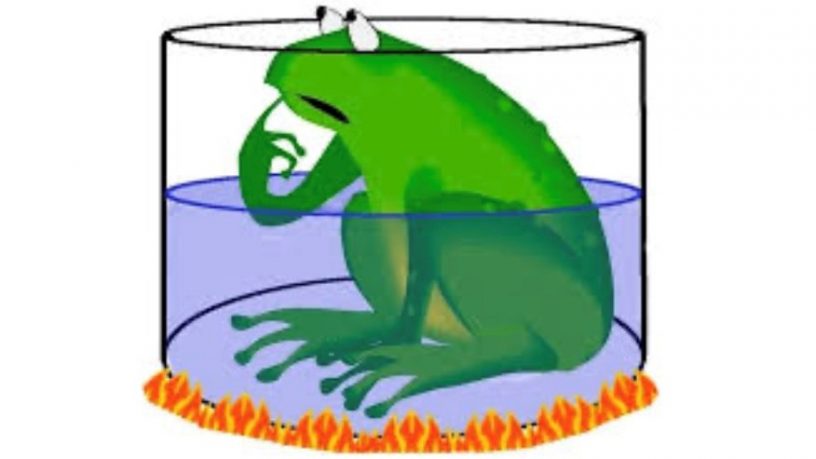 We’ve all heard that if a frog is dropped into a pot of boiling water, it will immediately jump out, but if the water temperature is slowly increased, a frog will sit in the pot until it is eventually boiled to death.

The “boil a frog” metaphor is a fantastic lesson about the risk of slow, unnoticed change. It is also a myth. If dropped into boiling water, a frog would likely lose consciousness from the shock or suffer instant severe burns that would render it unable to leap. But if placed in a pot of comfortable, but slowly heating water, a frog will jump out as soon as the water is no longer comfortable.

As Adam Grant writes in his outstanding book “Think Again,” frogs are more likely to reevaluate a situation than are many humans. Once a person accepts something as true, he rarely questions it again. As Grant observes, people generally favor feeling right over being right.

If you believe that (insert name of despised political party here) are cancerous for the US stock market, you will be tempted to buy or sell stocks based on your personal election predictions. Never mind that the stock market jumped immediately following the election of both Biden and Trump.

In 2009 I was convinced that the Federal Reserve’s massive increase in the money supply would lead to higher interest rates. My core assumptions were accurate – but incomplete. Their simplicity was adequate in a state of status quo but were not creative enough to anticipate the effects of previously unprecedented actions by the central bank.

Warren Buffett’s partner Charlie Munger often says that a year in which you don’t change your mind on some important idea is a wasted year. A person’s beliefs are most powerful when that person is willing to rigorously question them. Too often we seek opinions and arguments that make us feel good or those that simply reinforce our preconceptions.

Ignorance may be bliss, but it is also ignorant.

Danish physicist Niels Bohr received the Nobel Prize in 1922 for correcting earlier, incomplete understanding of the structure of an atom. Bohr, a promotor of scientific research, was constantly open to the idea that he might be wrong – or that it might be possible to be more right. He wrote that the opposite of a fact is a falsehood, but the opposite of a profound truth may very well be another profound truth. Bohr would likely be pleased to know that his atomic models have since been supplanted by other, more accurate models.