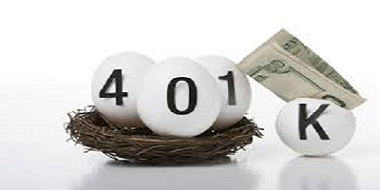 If someone advises you to move your 401(k) assets into a rollover IRA, be wary. There are plenty of legitimate reasons it might make sense to do so, but it’s not appropriate in all situations. Many so-called financial advisors, who do not care what is in the best interest of anyone but themselves, regularly and inappropriately advise people to roll their 401(k) assets into IRAs at their first opportunity to do so.

When a person retires from a company, he generally has the option of leaving his money in his company’s 401(k) or rolling the assets into an IRA. Other situations that allow rollovers include a job change, termination of employment or the acquisition/merger of a person’s employer.

If one of these events occurs, the possible reasons to move your 401(k) assets into an IRA are obvious. Perhaps your old employer’s 401(k) has unusually limited investment choices or you can achieve comparable investment results with similar or lower costs than your existing plan.

But the cost of your 401(k) might be less than that of the rollover IRA your friendly stockbroker is pitching – perhaps much cheaper.

The annuities, unit investment trusts and other structured products sold to many IRA investors can easily have expenses twice those of your 401(k). To curb these abuses (legal, but morally indefensible) the Department of Labor recently enacted the early stages of a rule (“the fiduciary rule”) that would require anyone providing advice to an IRA or retirement plan account to act in their client’s best interest.

It is an embarrassment to the investment sales industry that such a rule is even needed.

Theoretically, this rule should prevent the sale of exorbitantly priced investment garbage into IRAs. But the investment sales industry has almost completely neutered the rule’s stated purpose by successfully inserting something called the Best Interest Contract Exemption (BICE; appropriately rhymes with “lice.”)

This BICE language is most risky for people contemplating rolling retirement plan assets into an IRA.

By signing a BICE agreement, a person is effectively granting permission to his stockbroker or insurance agent to overcharge him. Of course, no one knowingly agrees to be abused; the BICE language is embedded in the “boilerplate” language clients are generally encouraged to ignore.

One way to check the motives and ethics of someone who wants you to roll your 401(k) to an IRA at his firm is to ask if he is a fiduciary. If he claims to be a fiduciary and doesn’t inquire about the investment options and costs of your current corporate retirement plan, he either doesn’t know the responsibilities of being a fiduciary or he is a liar. Either way, terminate the discussion.

And if he admits that he is not acting as a fiduciary, ask why not. Then terminate the discussion.