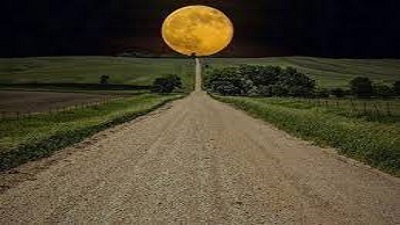 In 1990, my friend Carl had a fantastic year in business, earning a then-record bonus of $45,000. He considered several possible uses for the windfall, including a new S-class Mercedes sedan. He eventually gave into responsibility, and put the money into a mutual fund for his 10-year-old son.

Focused on raising his family and selling widgets, Carl checked on the mutual fund account only sporadically. When the bear market of 2000 occurred, opening the statement was so depressing that he simply stopped.

While doing some estate planning last year, Carl finally took a look at the account he was sure had dwindled to nothing. His original $45,000 investment was worth $306,000.

That may seem like a massive return, but it is less than 8 percent annually.

Everyone knows that the key to letting compound interest work for you is to start saving and investing early.

People forget, however, that investment returns aren’t linear. Carl’s mutual fund didn’t return 8 percent each year. Some years it declined 30 percent. And some years it increased 30 percent. For compounding to be effective, you can’t afford to miss those exceptional years. In an effort to assuage their fears or avoid volatility, too many investors jump in and out of stocks, invariably missing those good years.

Albert Einstein described compound interest as the most powerful force in the universe. Allowing interest to accumulate on prior periods’ interest can have ramifications well beyond a person’s balance sheet.

Compound interest—or rather the misunderstanding of it—played a role in the rise of the Nazis in Germany. Following Germany’s defeat in WWI, the Treatise of Versailles required the country to make reparations payments of 132 billion marks (US$33 billion, at the time.) Interest on unpaid balances would compound each year.

Under the weight of the increasing debt, the German economy plunged into a depression, eventually setting the stage for a well-liked, charismatic populist politician who promised full employment at higher wages: Adolph Hitler.

Germany made its final reparations payment in 2010.

Carl’s son is about to get married and had considered using some of his newfound mutual fund wealth to pay for a nicer wedding than originally planned. I reminded him that in 25 years he will be 60-years-old and, on the outside chance the fund’s return in the next 25 years matches the past 25 years, his father’s original $45,000 investment would be worth $2 million.

The bride and groom are sticking with their original, less extravagant wedding plans.