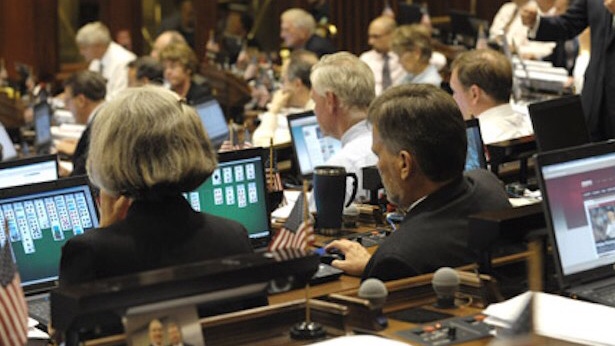 For two months, a bank in New Zealand, Perpetual Guardian, allowed its employees to work four days a week while being paid for five. The company found that its employees accomplished the same amount of work in four days as they previously had in five. John McFetridge, the company’s General Manager, questioned why they hadn’t considered the workweek sooner.

He might also question why his employees waste 20% of their time at work.

There are plenty of studies supporting Perpetual Guardian’s trial. A 2004 report published by the Center for Disease Control summarized 52 applied psychology studies, all of which concluded that people who routinely worked longer-than-normal hours were less productive than those who worked only 40 hours a week. There is an inherent logical appeal to that. The law of diminishing returns applies to people, even to the point where each successive unit of input might produce negative output.

But if a longer workweek eventually reduces, not just marginal productivity, but overall output, why do people in the most competitive industries work so much? Football coaches don’t work 90 – 100 hours a week simply to avoid being at home. If Nick Saban believed it would help win football games, he would kick everyone out of the film room at 5:00 each afternoon.

In the book Talent is Overrated, Geoff Colvin introduces the notion of the 10,000 hour rule. He provides scores of examples of people who became world class at something only after 10,000 hours of deliberate practice. The often-overlooked key here is the word deliberate. It is not merely the number of hours we practice or work that increases our output. It is the number of deliberate, intentional hours we spend doing something that improves our results. And deliberate intentionality requires a compelling motivation.

It is how we spend the remaining third of our life that determines our success, regardless of how we define success. People can productively focus on an activity much longer 32 hours a week if their work is consistent with a major life goal. When a person doesn’t find meaning or fulfillment in his job, he is unlikely to find the energy necessary to create excellence, either.

My guess is that few of those New Zealand bankers were committed to becoming world-class bankers. They were committed to paying their bills – something they could do within 6 or 8 hours a day. Like most people, they were working simply for money. Money is an effective motivator, but only to a point. At Guardian Trust, that point was reached around the 32-hour mark.