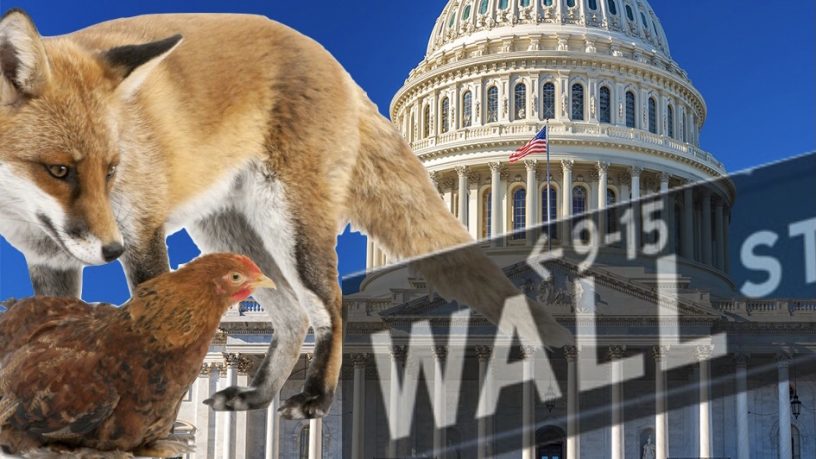 I am usually more likely to be skeptical than optimistic whenever someone from the government shows up unsolicited, promising to solve my problem, especially when I’m not aware that I have a problem.

But when the government shows up arm-in-arm with Goldman Sachs and every other investment firm on Wall Street – all anxious to solve my problem – I know there is more than my welfare in play. Throw in a high-dollar, well-orchestrated behind-the-scenes PR campaign, and I know to lock my doors.

A couple of weeks ago, the U.S. House of Representatives almost unanimously passed something called SECURE 2.0. This would require employers to automatically enroll eligible participants into their 401(k) plan and begin withholding three percent of employee pay for contributions – without any election or approval by the employee. Unless employees opt out, employers would be required to increase the withholding amount another one percentage point annually, until the employee contribution reaches 10 percent of compensation.

Wall Street has convinced the right people in Washington that employees need this discipline forced on them to avoid a retirement savings crisis. There is always a crisis. And always a group that knows how to solve it.

Any employee benefit from this bill is incidental to its true purpose: swelling the coffers of 401(k) providers. Approximately 30 percent of eligible employees do not participate in their companies’ 401(k) plans. That’s another $150 billion a year – every year – that the investment industry wants in its hands. The bill also encourages an even greater percentage of employee retirement savings into the holy grail of investment company profitability: annuities.

Many of the news articles in the past week reporting on the House vote used this phrase, almost verbatim: “The bill has broad backing from the retirement community.” The phrase sounded familiar, because I have received three emails in the past five months touting the virtue and universal support for SECURE 2.0. But the weird thing is that these unsolicited emails weren’t sent to David Moon, the investment guy. They were sent to David Moon, the newspaper columnist. Three different organizations offered to set up interviews with investment trade group representatives for me to use in my (presumably glowing) newspaper piece about the wonderful benefits of this legislation.

For a bill that is supposedly so universally virtuous, someone is spending a lot of money to get the “street talk right” about this bill.

I think that with very few exceptions, everyone should fully participate in their company’s 401(k) plan. I also think people should eat vegetables and exercise daily, but I don’t support automatic payroll deductions for spinach and gym memberships. I suspect the grocery and health club industries might.