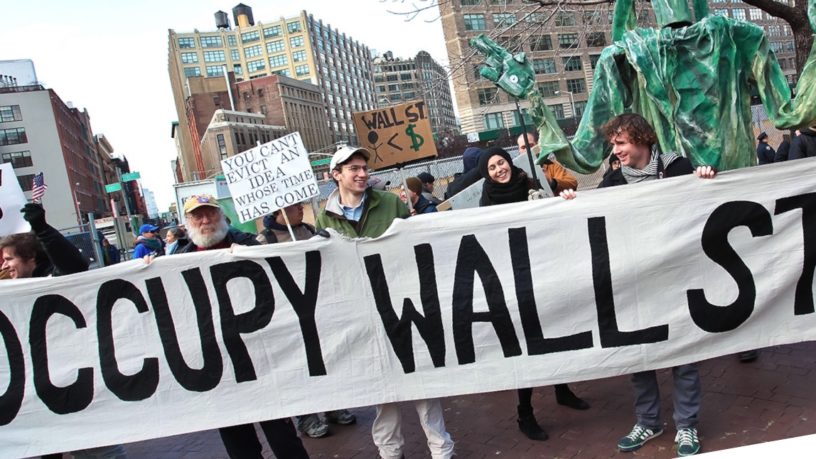 Sixteen years after the Second Continental Congress approved a resolution of seccession from Great Britain 24 businessmen, sitting in the shadow of the tallest “structure” in the lower Manhattan skyline (a tree) signed another agreement that what would eventually give birth to the New York Stock Exchange. This imperfect and much maligned system of capital allocation became an integral part of improving the economic conditions around the world.

American socialists can take pride in the fact that the term “capitalism” was originally used by those who rejected its virtue. The English word “capital” derives from the Latin word for “head”; its earliest recorded use was as a pejorative descriptor of someone who coopted and benefitted from the labor of others. The underemployed socialists running for office and those skipping work to protest Wall Street and the ills of capitalism are simply returning the word to its original use.

Adam Smith, Scottish philosopher and author of The Wealth of Nations (ironically, first published in 1776), is often described as the father of capitalism, although he never used the term, instead describing a philosophy of resource allocation and development as “a system of natural liberty.” Within 125 years of declaring its independence, America had become the most prosperous nation in the history of mankind – by a massive margin.

Socialism can work as long as a society collectively owns valuable assets, that is, capital. The benefits of things such as collectively or state owned oil reserves and natural tourist attractions can be shared among a group of people without respect to their contribution if no one can reasonably lay personal claim to ownership of the asset. If everyone owns the asset, it makes sense that everyone should share in its benefit.

Some form of crony socialism (or state capitalism) was the economic norm for more than 2,000 years during which the normal state for most people was poverty. Few people knew they lived in poverty, however, because everyone else did, too. Capitalism helped launch the escape from near universal poverty in the 19th century.

What made the newly independent U.S. different was that the vast natural resources of North America were far exceeded by the intellectual horsepower of those early organizers. Visit the Freedom Trail in Boston and you should be amazed at the number of buildings designed solely for public discussion and debate. Our Founding Fathers were thinkers of the highest order. There was nothing geologically extraordinary about North America in 1800 that didn’t exist in China, North Africa or northern Europe. What immediately separated the Colonies from Great Britain was something intangible. Within less than 100 years, the power of the minds of those political and business leaders created the most prosperous, productive and generous society in the history of mankind.