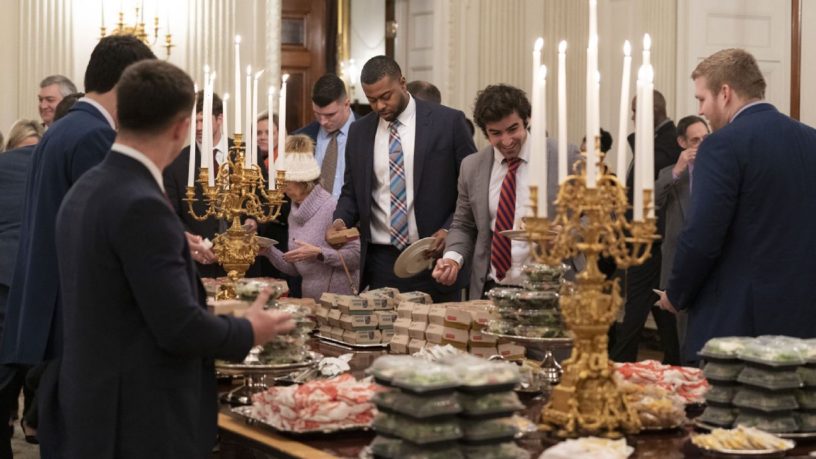 I recently had dinner with two college classmates and two current college students. The five of us ate a lot of food; the bill was several hundred dollars. Bill, my old roommate, paid the entire tab. Was that fair? Should we have split the tab equally? Gotten separate checks? The college kids were broke and couldn’t have afforded either of those methods.

The fairest way to split a dinner tab is for each person to pay for what he consumes, but that doesn’t work very well when there is a discrepancy in the diners’ abilities to pay. The cost of baby formula generally exceeds the income of most infants. At our recent dinner, the people who consumed the most were the ones least able to pay – a lot like the federal government.

Each tax season, I feel like the IRS is somewhat akin to a restaurant, where Congress generally decides what each person will eat and how much each will pay.

One objective (and admittedly flawed) method of defining a taxpayer’s “fair share” might be similar to equally splitting a dinner tab, accepting that some people at the table will be subsidized. Those broke college kids still wouldn’t pay for dinner, but maybe there is some value in everyone being able to put the meal into context.

The federal government collects $3.4 trillion in annual tax revenue, or about $10,500 for each of the 325 million people in the U.S. Unless we’re going to measure how much government each person uses, that is probably as good of an objective definition of “fair share” as any. The fair share of a single person would be $10,500. My wife and I have two kids; our fair share would be $42,000.

Here is my proposal. We can’t assess income tax in that fashion, for obvious reasons. Instead, the IRS could provide each taxpayer an annual Fair Share Statement, showing the taxpayer’s theoretical per-capita share of federal tax revenues, their total taxes and the percentage their taxes are above or below this “fair share” calculation. A single person paying $30,000 in taxes pays 286 percent above her fair share. A family of four paying $20,000 in taxes pays 52% below their fair share.

It wouldn’t change the amount of tax anyone pays, but, like Bill and those two broke college students, it would provide everyone some perspective.