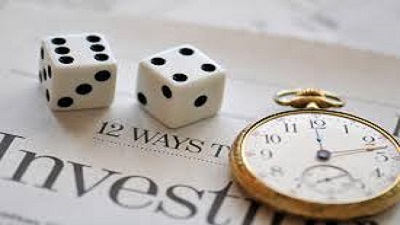 Investors generally focus on things that are either obvious or about which they have strong opinions, not necessarily things that are important. Political passions are one such example; they distort the decision-making process.

I’ve never made an investment decision based on which scoundrel was elected or defeated. And I’ve never regretted it.

There are plenty of other mostly irrelevant influences investors would be well-served to ignore.

Ignore celebrity endorsements. I don’t care what cable service Peyton Manning has, and I really don’t care how a retired 1980s actor protects his IRA against inflation. The President’s Twitter feed also falls into this category.

Don’t listen to investment advice from a guy at church or anyone at a bar. People brag about their investment success for three reasons: to compensate for low self-esteem, to sell you something or to impress a woman.

Never invest based on an unsolicited email, especially if the solicitor is selling foreign currencies or coins.

Network business news is infotainment, not actual investment analysis. Jim Cramer’s stock picks have under-performed most professional investors, but his TV show is a ratings success. Give it no more credence than you would a late-night infomercial.

However, there are some not-so-obvious sources of advice to which you should pay attention.

Always read the Buffett’s annual Berkshire Hathaway letter to shareholders. If you don’t learn something from it, take reading lessons.

Watch corporate inside purchases. Guru Focus and Yahoo Finance can help. There are many reasons an executive might sell stock in his own company. He might need to pay for a wedding or a divorce. But there is only one reason a CEO puts his money where his mouth is: to make money.

Pay attention at work. Fortunes have been amassed and disasters avoided by people who simply paid close attention to the fundamentals of their employer and competitors.

Listen to your wife. If you’re a woman, listen to your intuition. Studies regularly find that female investors are more goal-oriented than men, trade less frequently, focus on the longer-term horizons and, most importantly, enjoy more investment success.