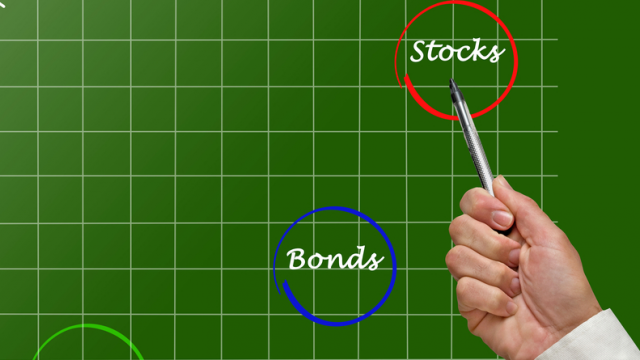 A recent column in this paper warned that people who are approaching or in retirement should “get out of stocks.”

That advice is overly simplistic and not a universally appropriate plan. In fact, “get out of stocks” isn’t an actual investment plan, any more than “don’t go to Alabama” is a vacation plan.

A little more than 25 years ago, you could earn almost ten percent on a ten-year Treasury bond providing $30,000 a year in interest to someone with a $350,000 portfolio. This amount would fully-fund many peoples’ retirement.

The observations that follow are guides and ideas. “Get out of stocks” isn’t an appropriate course of action for everyone; neither is the advice that follows. Rather than blindly implement something from this column, instead use it as a tool of provocation to start your own process.

I cannot imagine the circumstance in which someone should have money invested in stocks with which they intend to buy groceries each month. But neither can I imagine many circumstances in which a new or approaching retiree’s portfolio should be completely devoid of stocks, either.

That is, unless a one or two percent bond yield provides for their current and future, inflated income needs.

Most people are going to need an investment return in excess of two (or even four) percent during retirement—which, for most people, means they are going to have to own some stocks. A portfolio of 50 percent ten-year Treasury bonds and 50 percent stocks would be expected to return somewhere around 4.5 to 5.5 percent over the next ten years.

But most of that 5-ish percent return would come from capital gains in the stock portion of the portfolio—gains that will be very lumpy, including years in which the return is negative.

If a five percent expected return will meet your current and future retirement income needs, one way to address the dual problem of volatile stock returns and low bond yields is to set aside three or so years’ worth of living expenses in bonds that will mature over those three or more years. When the bonds mature, spend the proceeds during the year and buy another three-year bond to keep the process going. Ideally, however, each of those bonds should be four percent or less of your principal. Remember, you’re assuming a five percent annual return will not occur every year, but is more likely to occur over 3-to-5 years.

While this isn’t a specific retirement plan, it does help explain this: it is okay to spend some of your principal if you are replacing the principal with investment gains.

And you can’t do that by abandoning stocks.