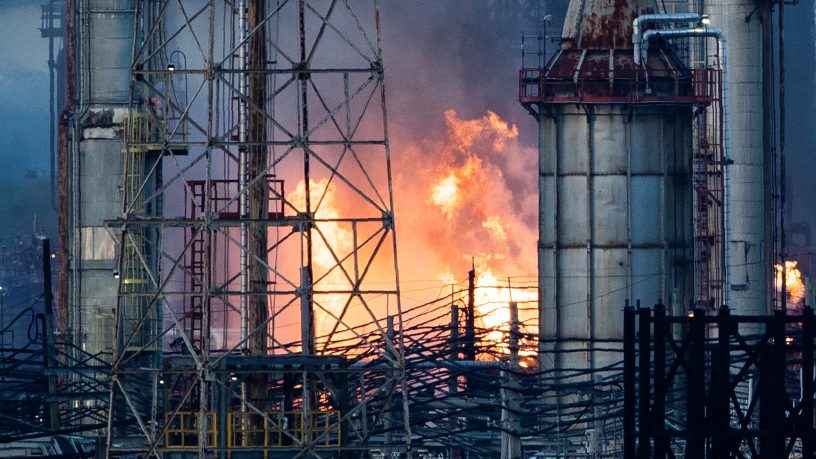 Prior to the attack on Saudi Arabia’s Abqaiq oil refinery facility, oil had been trading around $60 per barrel; prices began to skyrocket before the explosions ended. Despite Saudi officials’ assurance they would quickly restore full production at the world’s largest refinery, Mike Fitzpatrick, vice president of energy risk management at international investment bank Fimat warned “this situation is going to get worse before it gets better.”

Sound familiar? This happened in 2006, not a week ago. Drones used in the most recent attack on the Abqaiq refinery delivered more precise destruction than the car bombs Al-Qaeda used in 2006, but the relative size of the destruction in 2006 was actually greater. In 2006, the Abqaiq refinery was responsible for 12.5 percent of the world’s oil production; today it is less than 6 percent. Much of the world’s financial reaction today is a fear that higher oil prices will wreak havoc on the world’s economy.

Perhaps the most destructive effect of the drone strikes is the psychological impact on oil markets and related industries. Despite 13 years of Middle East turmoil and a gas price round trip from $2.50 to $4.00 and back, both gasoline and oil prices are about the same today as in 2006.

Approximately 2.5 percent of all consumer expenditures are for gasoline. Even for someone who commutes 30 miles (the distance from Caryville to Knoxville), a permanent $10 per barrel oil price increase would result in less than a $200 annual increase in gasoline expenditures.

Environmentalists may abhor fracking, but the new technology allows drillers to access previously unreachable areas – and, unlike in 2006, has made the U.S. both the world’s largest oil producer and exporter. Although certain industries are damaged by higher oil prices, in total, the folks with the most oil benefit when prices increase. And these days, that’s us. (With the Saudi Abqaiq facility damaged, the world’s second largest oil producer and beneficiary from higher prices is now Russia – which should inspire a wealth of creativity from conspiracy theorists.)

Not to further fuel any theories, but those 5 million barrels could easily be replaced by increased production from just the U.S. and Russia.