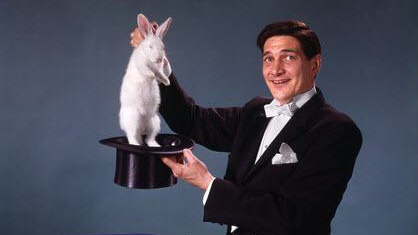 The mounting interest in digital currency such as Bitcoin has understandable impulses in an era of prolific money printing by central banks. How strong is the public interest? For the first week of December, Google searches related to the digital currency outpaced searches on Donald Trump.

One of the particularly costly, yet avoidable investment mistakes is to fall prey to gimmicky investment products designed to attract assets, not earn outstanding returns.

Some companies barely even pretend to be in the investment business, almost brazenly declaring themselves to be shallow marketers. Consider EventShares and its newly organized ETF, the U.S. Tax Reform Fund. The fund’s prospectus claims it will limit its holdings to companies that will benefit from tax cuts. That’s an interesting limitation, since virtually every U.S. company will, in some way, benefit from tax cuts.

Do you want to inject your political beliefs into your 401(k)? The EventShares Republican Policies Fund might be for you. Do you lean left? EventsShares also offers a Democratic Policies Fund.

Want something more religious in nature? The Praxis Growth Index Fund uses the values and theology of the Mennonites in the selection of its stocks. It excludes some predictable sin stocks, like companies in the alcohol and gambling industries. It also claims to exclude companies that produce weapons or support businesses that do. The fund’s largest two holdings are Apple and Microsoft, one or both of which are almost certainly used to support weapons manufacturers.

Expect significant asset flow into three funds run by GuideStone Financial Resources, a Christian-based investment firm. Three of its funds are up about 25 percent this year which is, I am sure, due to their anti-sin strategy. It couldn’t be related to the 25% of assets invested in Amazon, Alibaba, Facebook and Google. When these funds, with P/Es of more than 35, decline precipitously in the next market drop, should we expect the introduction of a bunch of sin mutual funds?

One of my favorite ironies among gimmicky investments is the number of self-described socially-responsible funds that own Facebook, history’s most prodigious facilitator of social dysfunction. Obviously, one man’s sin is another man’s virtue.

At the height of the 1999 Internet bubble, a Knoxville firm started a mutual fund that purported to take advantage of the power of the new World Wide Web by allowing the fund’s shareholders to select the stocks in the fund via a cyber voting process that very loosely resembled a Yelp-like review process. Fortunately, the bubble burst before this gimmick attracted too many suckers.

The investment industry is disgustingly notorious for spending more energy gathering assets than managing them. If something is in the news or performed well in the past year or so, you can count on a slew of new mutual funds, annuities, ETFs, unit investment trusts, and non-traded REITs specifically designed to appeal to people’s myopic fear of missing out, not to produce outstanding investment returns.