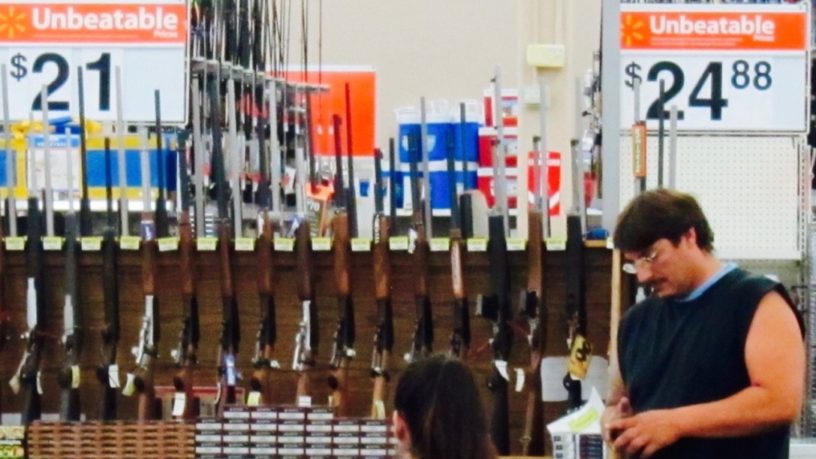 A number of banks, including international behemoths Bank of America and Citigroup, have stopped providing certain services to a number of firearm-related businesses. Credit card companies are exploring ways to identify gun purchases within their payment systems, possibly a first step toward limiting such sales. One of the country’s largest online payment gateways, Authorize.net, has already ended its relationship with the country’s largest single gun store, Hyatt Guns in Charlotte.

If you need a bank on the other side of the debate to either patronize or boycott, Wells Fargo CFO John Shrewsberry recently said that the government, not banks, should set gun policy. It has not instituted any restrictions on gun companies.

I like it when a business votes its conscience. My firm avoids doing business with certain professional service providers because of their business practices. My private boycott isn’t going to change anything, however, nor will banks’ restrictions of services to certain gun-related companies.  The difference, however, is that the banks’ efforts are completely for show. Their bans amount to little more than virtue-signaling, a low-cost PR move masquerading as a corporate social conscience.  It will only damage a handful of small companies, without having any real influence on the quantity, types or use of guns in the country.

Bank of America says that in an effort to help reduce mass shootings, it will no longer loan money to manufacturers of “military-style weapons.” Strangely, however, it will continue serve retailers that sell those same weapons. The company’s vice chairman, Anne Finucane, offered an interesting and nonsensical excuse. She explained that limiting services to retailers would get into issues involving “civil liberties and the Second Amendment.”

Do civil liberties only exist at the retail level?

Two weeks after its anti-gun manufacturer announcement, Bank of America loaned $43 million to the country’s second largest firearm manufacturer, Remington. When challenged about the contradiction between the new policy and the Remington loan, Bank of America explained that it had committed to the loan just prior to announcing its gun maker policy.

While rationalizing its relationship with two of the country’s leading gun sellers, Walmart and Dick’s Sporting Goods, the banks are cutting services to hundreds of local businesses around the country. The result will be a nice blurb in the next annual report and continued consolidation of firearm sales at the top of the food chain.

It feels good but won’t do a thing to deter mass shootings.