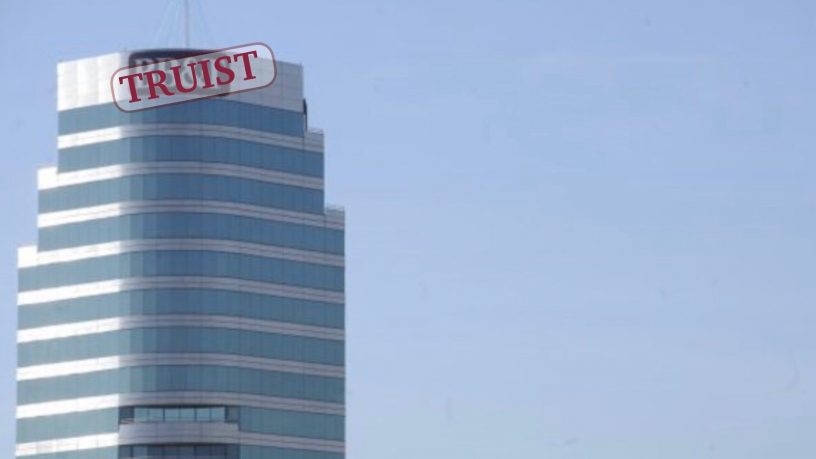 Charles Schwab recently announced it will acquire rival TD Ameritrade in a transaction worth approximately $26 billion. If approved by regulators, the new Schwab would become one of the country’s largest brokerage firms, with $5 trillion in assets.

In more local merger/acquisition news, BB&T and SunTrust are combining to create the sixth largest bank in the country. The companies always refer to the transaction as “a merger of equals,” but by practical observations and most financial metrics, it appears that BB&T is acquiring SunTrust. The companies expect the merger to be complete on December 6. Within the next two years, the two banks will transition to one of the silliest names since Fifth Third Bank: Truist. I hope their ATMs don’t have spellcheck, else they will reject my new debit card.

Companies combine for a number of reasons, many of them in the self-serving interests of the board or senior management. Like automobile drivers, most CEOs think they are above average and can run any size company. And since a $500 billion company likely pays its executives more than does a $250 billion company, CEOs have huge financial incentives to make acquisitions. Boards of directors love to empire build, as some egos are more fulfilled when they govern a larger company, not necessarily a more profitable or competitive one.

But what makes sense to management may not always make sense for shareholders.

When companies combine, they always promise cost savings from synergies. “Synergies” is another way of saying “eliminating headcount.” Companies never say they are going to eliminate employees. They always use some hopefully benign-sounding, misleading euphemism, such as “redundancy reduction.” A friend of mine used to head mergers for a large southeast bank. He referred to firing people as “eliminating some Wall Street Journal subscriptions.”

BB&T and SunTrust have said they expect $1.6 billion in synergies by 2022. Schwab expects $2 billion.

When incentives are involved, subtle biases can creep into estimations. A McKinsey & Company study found that 70 percent of mergers failed to achieve their promised synergies. This is a major reason publicly traded companies underperform in the three years following an acquisition.

I am anxious to see how these new companies perform in delivering promised synergies – and how they do it.