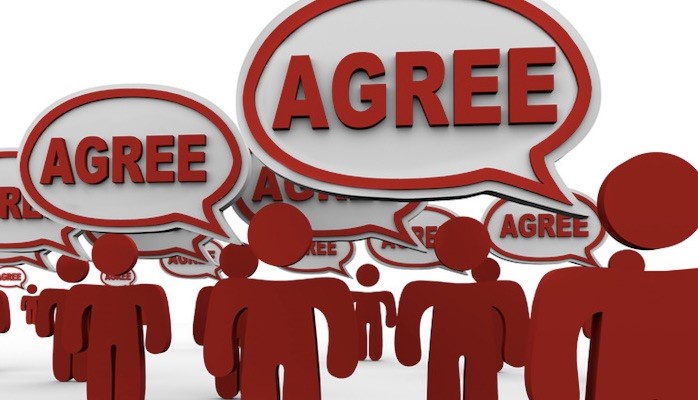 Immediately following the U.K. vote to leave the European Union, economists around the world almost uniformly predicted a collapse in stock prices. They were correct—for two days. This failure of expert consensus was not a rarity.

Experts have also been warning of massive inflation since the Federal Reserve began quantitative easing. Seven years later, there is still no inflation. Experts almost uniformly held that Brexit would not pass, Donald Trump would not still be running for president, the universe was static and that the Broncos didn’t have a chance to win Super Bowl 50.

Expert consensus is so often wrong because, like regular people, experts are much more afraid of being different than they are of being wrong. This explains why forecasts are almost always clustered around the same expectation, whether the topic is interest rates, population growth, virus outbreaks or Supreme Court decisions.

No one ever got fired for making the same incorrect prediction as everyone else. Once someone has been deemed an expert, they only lose that designation if they do something to look singularly stupid. If all of the experts are wrong, there is little-to-no reputation risk from being one of them. As long as a forecaster seldom strays from the crowd, people will judge their competency by their ability to communicate, not their topical competency.

Thus is born the fallacy of consensus. Most opinions—not just those of the accepted experts—are shaped by what they believe they are supposed to believe, rather than what the facts cause them to conclude.

This is not to suggest that expert consensus is always, or even usually, incorrect. But one would expect a much greater record of success where there is near unanimity among experts on a particular subject.

After studying decades of expert economic predictions, former International Monetary Fund researcher Prakash Loungani concluded that forecasts are all much the same, regardless of the source, and that their record of failure is almost unblemished.

There are situations in which it is impossible to avoid turning to an expert for assistance. That is no reason, however, to blindly accept what you hear. Never accept an opinion, no matter the source, unless it agrees with your own reason and common sense.