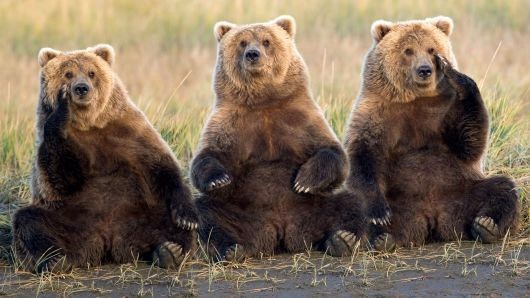 October’s nearly 9% decline in stock prices demonstrates that a lot can happen during a single month, but if the stock market finishes December anywhere near the level it finished in November, the current bull market will have reached its 118th month – setting another record for the longest period without a 20% decline.

We will have another bear market, eventually. Historical data suggests it would have already occurred, but history doesn’t exactly repeat itself; it only rhymes. But, as economist Herb Stein so eloquently noted, something that cannot last forever will eventually stop. Bull markets – not even this one – do not last forever.

Two meaningful influences on the timing of a bear market are its underlying cause and the triggering event. Trigging events can be almost anything, and they are typically only known in hindsight. In 1987, the U.S. Treasury Secretary Jim Baker’s comments about the strength of the dollar was the trigger that resulted in an eventual 37% S&P 500 decline, culminating in Black Monday, the largest single-day percentage decline for the Dow Jones Industrial Average (DJIA.)

While Baker’s comments triggered a worldwide sell-off in stocks, the underlying cause of the massive price drop was an overpriced market. Relative to earnings and other valuation metrics, stock prices were simply too high in the summer of 1987. But stock prices can remain too high for extended periods, until some trigger sets a panic in motion. Baker was the trigger. High prices were the underlying cause.

Like the 1987 bear market, the underlying cause of the 2000 bear market was exorbitantly high prices, or, as then-fed chair Alan Greenspan described it, “irrational exuberance.” Unlike 1987, however, the Treasury Secretary wasn’t the trigger for the 43% collapse in the S&P 500. Instead, it was a Department of Justice antitrust suit against Microsoft, the largest S&P 500 company at the time. In March 2000, rumors of a government-ordered breakup of the world’s largest tech company sent Microsoft shares plunging, which triggered selling in virtually all tech-related stocks, including hundreds of worthless dot.com companies. Selling in the remainder of the S&P 500 stocks quickly followed suit.

In 2008, an overleveraged housing market was the underlying cause of a devastating bear market that finished with a 54% decline in the DJIA. The triggering events, however, were the September 2008 failures of insurance giant AIG and investment bank Lehman Brothers.

The underlying cause of our eventual next bear market is likely to be more similar to 1987 and 2000 than 2008. That is, the current prices in the broad stock market aren’t supported by the levels of underlying corporate earnings. But it is impossible to know what might be trigger the decline.