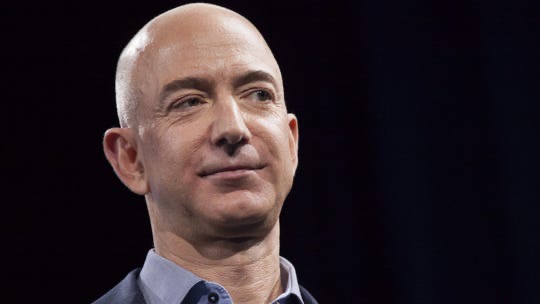 Don’t be impressed that Amazon CEO Jeff Bezos favors an increase in corporate tax rates. Now that Amazon is a trillion dollar behemoth with $66 billion of annual cash flow, it can afford to pay increased taxes. For many smaller competitors without economies of scale, already struggling with razor thin margins, a few percentage points of higher business, personal or payroll taxes will be the final nail in their business coffin.

For Amazon, those increased taxes would flow back to corporate headquarters, as the company might be the single biggest beneficiary of a boost in infrastructure spending.

Amazon has done a masterful job of milking public systems and, once certain systems no longer suit its needs, Bezos wants an abrupt change in the system.

For years, Amazon was able to gain market share in a nascent online retail industry by offering a combination of convenience and lower prices. Until 2017, those lower prices were aided by Amazon’s fight against collecting sales taxes on transactions, providing it an almost ten percent price advantage compared to a Knoxville retailer selling the same product. Laughably, Amazon’s defense was that it would be too cumbersome to administer a system that could calculate and collect sales taxes in thousands of local jurisdictions. This, from a company that knows the web browsing history, shopping patterns and Facebook persona of one billion customers – and uses that data to deliver ads to your phone within seconds visiting its website.

Apparently, Amazon didn’t have someone to put all those sales tax rates into an Excel spreadsheet.

Amazon certainly isn’t the first company to use its might to bend the rules, nor will he be the last.

After paying its employees the federal minimum wage for decades, Walmart suddenly became a fan of increasing the minimum once that increased cost would to the detriment of its small competitors. The most persuasive supporter of a 1998 tobacco advertising ban was Phillip Morris, because company executives knew the ban would disproportionately hurt would-be rivals, not the company with the most well-known brands in the industry.

Phillip Morris executives didn’t wake up one day worried about the health risks of cigarette smoking, nor did Walmart’s CEO suddenly decide the nation’s entry-level employees were underpaid.

Be assured Jeff Bezos’ call for higher corporate taxes is not a result of an altruistic concern for U.S. fiscal policy.