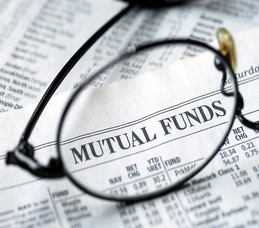 In the past week, two bond funds have suspended withdrawals after rapidly declining more than 30 percent, and are in the process of liquidating.

I am afraid it may just be the tip of the iceberg.

These two funds invest in junk bonds, although you would never know it by their names. The Third Avenue Focused Credit fund and Stone Lion Capital Partners are barring redemptions, preventing investors from accessing their money until the funds can liquidate their holdings.

The intersection of $37 per barrel oil and a reckless Federal Reserve interest rate policy set the stage for this disaster.

Zero percent interest rates pushed risk-averse, income-seeking investors into riskier and longer-term bonds than they would otherwise purchase. If someone’s retirement plans were predicated on being able to purchase 5 percent CDs, those plans are now worthless.

Of course, none of these funds has the term “junk” in their names. Look for the phrase “high yield/income” as a clue.

One of the most popular sectors in which these junk funds are invested is the energy industry. At $100 per barrel oil, these companies were profitable and had no problem making interest payments on their debt.

At $37 a barrel, however, some of the previously profitable companies will not survive. They will default on both their interest and principal payments, causing a permanent loss of capital for the funds that own these bonds.

Not a great thing for a retiree who was simply looking for a CD alternative.

This junk bond debacle is only the first of at least two eventual shocks to the bond market.

The Federal Reserve can only explicitly change a couple of very short-term interest rates, not the rates on long-term Treasuries, municipals or corporate bonds. And very few people alive today have first-hand experience with a sustained period of increasing long-term interest rates.

For 30 years, interest rates have done little but decline, giving investors the sense that bond prices only increase or remain stable.

When the rate on the 10-year Treasury bond increases from 2.3 percent to 4.0 percent, a lot of people will be shocked to learn otherwise.

Investors in funds that use borrowed money to leverage their bond returns will fare even worse. When interest rates are stable, a fund can increase its return from 2.3 to 3.5 percent simply by leveraging itself 50 percent.

When rates increase, that 3.5 percent can turn negative very quickly.