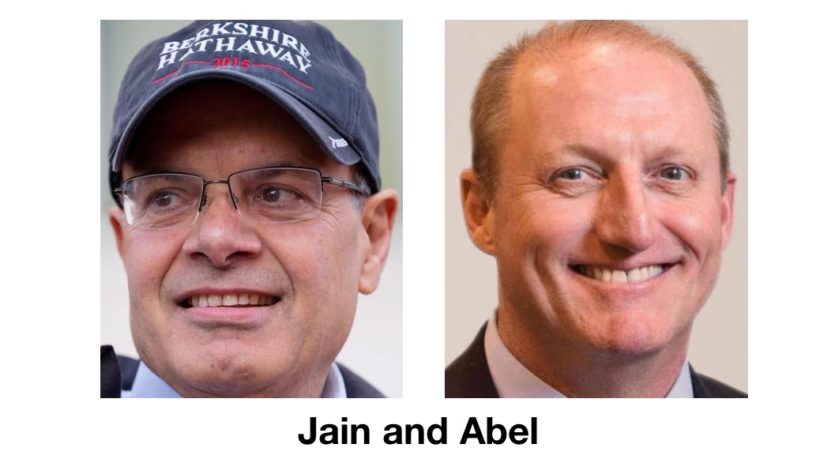 This week, Warren Buffett provided a clearer look at Berkshire Hathaway’s management structure in the event he and vice-chair Charlie Munger ever depart their roles at the company.  The two oft-mentioned successors to the Berkshire throne, Ajit Jain and Greg Abel were appointed to the company’s Board of Directors.  In connection with the appointment, Abel was promoted to the role of Vice Chairman of Non-Insurance Business Operations and Jain to the role of Vice Chairman of Insurance Operations.  The announcement is viewed as another piece of Buffett’s move toward succession over time.  Both individuals serve essential roles at Berkshire and have “Berkshire in their blood”, as Buffett asserts.  Greg Abel has led Berkshire Hathaway Energy since 2008 and has been among the most acquisitive Berkshire managers.  On the insurance side, Ajit is among the longest-serving Berkshire senior executives and helped build National Indemnity’s once struggling insurance operations into the behemoth Berkshire Hathaway Reinsurance Group that now generates more than $40 billion in investment float.  One Berkshire Hathaway acquisition criterion less often discussed is the requirement for a company and its top managers to fit the Berkshire DNA.  Both Ajit Jain and Greg Abel have the Berkshire gene and have proven to be extremely capable, innately wired for risk management, and firmly committed to the Berkshire values.

The two managers will have vast operations to oversee.  If Berkshire were a country, and its revenues its gross domestic product, it would currently stand as the 43rd largest economy.  Adding to the managerial strain, unlike almost all other conglomerates, Berkshire headquarters employs no operating managers and only a small staff of officers focused on financial reporting.  Fortunately, Berkshire’s unique corporate culture should help lower the oversight burden.  The decentralized management style of hiring key people carefully, pushing decisions down the organization, and resisting the urge to become involved with details has been fundamental to Berkshire’s remarkable success story.  Berkshire does not buy businesses without top management firmly in place, which has also led to a deep talent pool.  And as Buffett has previously noted, no top executive has ever left Berkshire to join a competitor.  This thoughtfully constructed approach has left Berkshire with distinct benefits and a strong corporate culture that will endure beyond Buffett.

We continue to view Berkshire’s business prospects favorably.  Berkshire is expected to reap a $37 billion windfall on the reduction of its tax liability on appreciated investments from tax reform bill passed in December and its book value should increase in excess of 20% for 2017.  Berkshire also operates with one of the highest effective tax rates of any large company.  Tax reform is expected to decrease Berkshire’s future tax rate from roughly 35% to 21%, a move that is clearly favorable to the company’s shareholders.  The interest rate environment is also improving, which will provide a strong tailwind for Berkshire, moving forward. From an operating perspective, the businesses have never been stronger.