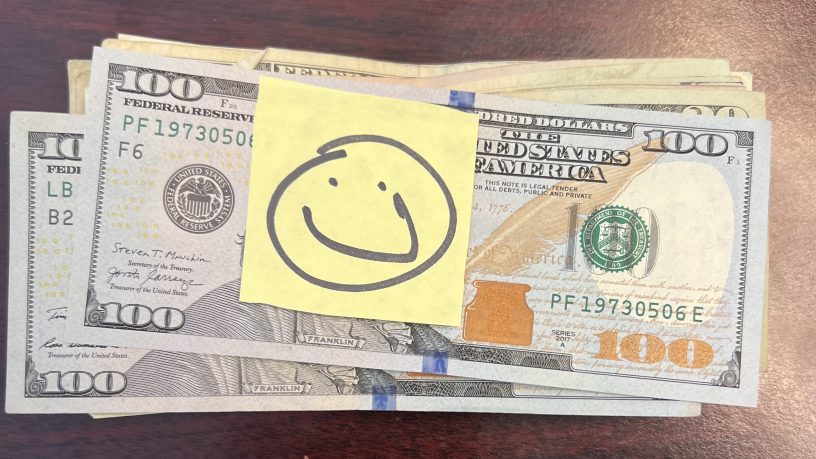 We’ve all been told that “money can’t buy happiness,” but a group of European researchers have concluded that millionaires tend to become more extraverted, conscientious, and emotionally stable than others – especially self-made millionaires, implying that money can buy happiness.

Curiously, the relationship between earned wealth and emotional health also holds true among non-millionaires. People who earned their way into higher income and wealth brackets tend to exhibit the same emotionally healthy traits as do earned millionaires.

Does this mean that maybe money can buy happiness? Or does happiness buy money?  The study suggests that an individual accrues an intrinsic emotional benefit from doing the things necessary to accumulate wealth. But isn’t it just as likely that emotionally stable, conscientious extraverts are more likely to accumulate wealth than are unstable hermits who don’t follow through on their commitments?

My current philosophy is that money doesn’t buy happiness, but it doesn’t buy misery, either. Although my only evidence is anecdotal – albeit 30 years’ worth – my observation is that money doesn’t change people; it reveals them. If someone who is a jerk suddenly (or even slowly) comes into bunch of money, the money simply allows him to be a bigger and more extravagant jerk. Likewise, when someone who is genuinely good and kind accumulates wealth, the money simply allows them to do more good for more people.

So does money buy happiness, or are happy people more suited to accumulate money?

Earning extraordinary amounts of money is hard. It is even harder to accumulate wealth. The people I’ve seen do that often work extraordinary numbers of hours, with an intense focus. That’s hard to do when you are miserable and in an emotionally unhealthy place.

Several other researchers confirm a positive relationship between income and self-reported levels of happiness but find that the relationship begins to diminish above a certain income level. In 2021, Matthew Killingsworth at Wharton found that increased income improves a person’s happiness only up to $80,000 of annual income. Above that level, self-reported emotional well-being tends to flatten.