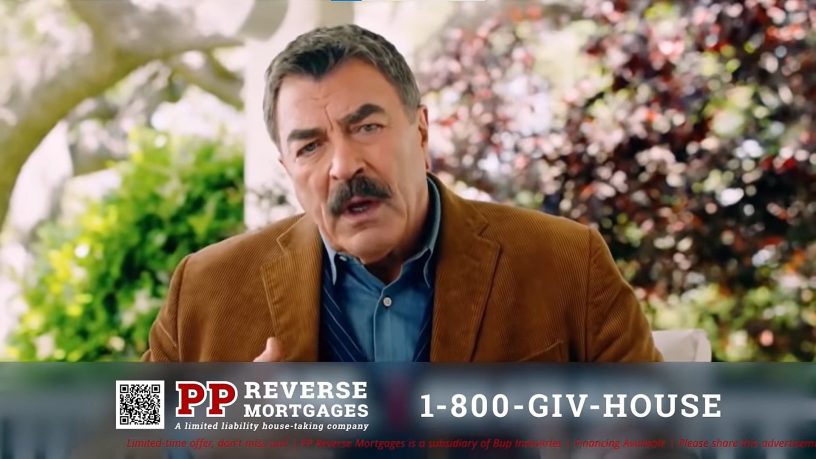 If William Devane and Rosland Capital are so convinced the price of gold and silver are going to increase, why are they selling precious metals instead of buying them? And why does Tom Selleck need a reverse mortgage?

Why don’t all investment advisors own the same securities they recommend or sell to their clients?

When CNBC says investors sold stocks and there is now a record amount of cash “sitting on the sidelines,” to whom did they sell their shares?

How does a lifetime elected official amass a multimillion-dollar net worth? Why are there 7,000 pages in the US tax code? Does the IRS really need more employees than Google?

In Europe, governments own the airlines, and the airports are owned by shareholders. Why is it the opposite in the US?

Why are there only two Dairy Queens in Knoxville? How does Hormel sell 80 million cans of Spam a year? Why is goat cheese a delicacy but not goat steak? Why do potato chip bags make so much noise? And why aren’t they resealable?

Why has the inflation-adjusted cost of LASIK fallen by 30 percent in the past 25 years, while overall healthcare costs have increased 85 percent? When a doctor or hospital makes a mistake, why do they get paid again to fix it?

Why has the cost of undergraduate tuition increased at twice rate of inflation since 1980? And why do government-subsidized educational institutions brag about the number of students they don’t accept?

If people flock to a bunch of new restaurants around a new baseball stadium, where were they eating before? If we move sales tax receipts from one part of town to another, is that really economic development?

What does the term “affordable housing” mean for someone who doesn’t have a job?

Why isn’t wireless electricity a thing yet? How are there still six K-Mart stores? How is it profitable selling pillows on TV? How do airlines provide high-definition movies through their in-flight entertainment systems, but I can’t understand the pilot on the plane’s PA system?

Americans spend three hours a day on social media. What did we used to do? Studies repeatedly find that fit, attractive people earn more than do fat, ugly people. Why is there no affinity group for ugly, fat people?