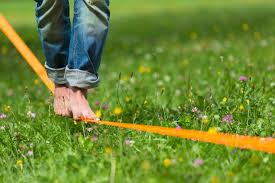 The most threatening risks are seldom the ones that attract attention.

In 2013, 8,454 Americans were murdered with firearms. Alcohol and drug-impaired drivers killed 10,076 people, 3,561 of whom were passengers or bystanders.

Yet few people call for mandatory locks on under-sink kitchen cabinets or mandatory blood-sugar tests prior to Hershey Bar purchases.

Our DNA is wired to address catastrophic risks at the moment they present themselves, not chronic risks that fall outside our daily consciousness.

This phenomenon also prevails on Wall Street. It explains why investors are much more likely to fear stock market declines related to a Chinese market meltdown than they are much more serious risks and permanent risks.

Excess 401(k) fees are much more dangerous than a one-week, four percent decline in the Dow Jones Industrial Average. Unless you panic and do something reactionally stupid, you will recover your recent decline in account balances. But you will never recover an extra one-percent in fees you pay each year.

Humans are much more likely to fear catastrophic risks that occur in a single, tragic moment than we are chronic risks that slowly erode our welfare. And events that are highly present in our consciousness cause much more anxiety than those of which we have little-to-no knowledge.

You had no idea that in 2014 more than 16,000 kids under the age of 12 were poisoned by ingesting hand sanitizer. That’s why no one locks up their hand sanitizer.

Murders, especially mass murders, are catastrophic events; they happen all at once and dominate news reports for days afterwards. Other than some local reports, however, the media will ignore the 106 people—most of them children—who die today from poisoning. Those deaths, no less tragic than a school shooting, are chronic.

Out of news, out of mind.

When the Dow swings 500 points in a day, it is catastrophic, dominates the news and causes massive investor anxiety. However, during six months in mid-to-late 2011, the Dow dropped almost 15 percent—and there was scant sense of panic.

Resist human nature and look for the real risks, not just the superficial ones.

(Data sources: the Centers for Disease Control and Prevention and the FBI.)