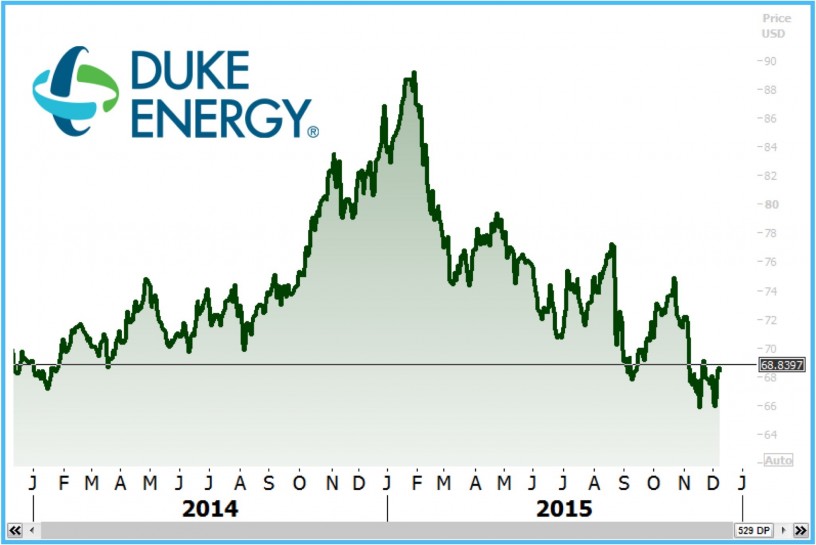 It’s not particularly logical, but many investors evaluate their investments once a year—and they do it each December or January. Other than December 31 being a contrived date with no particular investment importance, annual specific investment reviews too often more heavily depend on recent performance, particularly the performance of the previous calendar year.

That is, many investors sell their losers each December and switch to the winners of the preceding 12 months.

The top performing S&P 500 sector in 2014 was utilities, with that portion of the index increasing 28.6 percent. Utility mutual funds have declined more than 12 percent so far in 2015. This, despite the term “utility stock” being used by many people as a synonym for “safe.”

“Safe” is not only a function of the qualities of the business, but of the relationship between the price of the company’s stock and the earnings the business generates.

Some utility investors are poised for a shock when faced with the double headwind of higher interest rates and the realization that many of those “safe” stocks fund their attractive dividends by borrowing money each year.

Basic industrial stocks looked like perpetual winners after increasing 50 percent in the three years from 2012 to 2014. Those stocks are down so far this year.

And how can the world’s largest traditional retailer really be down 30 percent this year? Walmart is.

What about Keurig Green Mountain? It jumped 69 percent on news the company agreed to be acquired. Yet the stock is still 32 percent lower than where it was in January.

So what’s the most important thing you should do in these last few days of the year? If you haven’t maxed out your contribution for the year and it is still possible, do it. If your employer matches your deferral, it may be the best investment decision you can make.

What else should you do? Review your asset allocation. You need to have an investment plan specifically designed to meet your situation and needs. That plan should include a broad target of the proportion of your assets to invest in stocks, bonds, etc. When certain funds and asset classes significantly outperform others, your portfolio will likely be weighted differently than you intend. Rebalancing will force you to trim positions that have increased (sell high) and add to those that have underperformed (buy low.)

But despite the temptation, don’t just automatically do the opposite. Everyone loves a winner. As long as they own it.