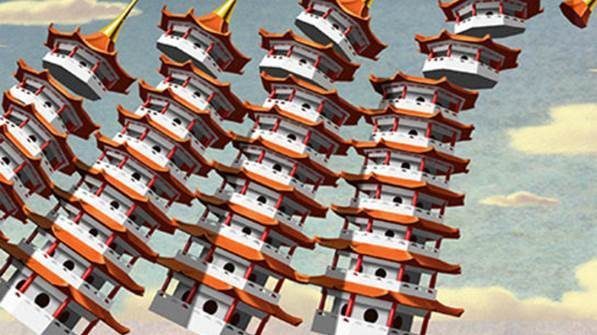 As the Chinese financial sector announced second quarter results this week, it was reported that China’s top four banks collectively wrote off 130.3 billion yuan ($19.5 billion) of bad loans in the first half of 2016.  While charge-offs were up sharply from the prior year, the results reflected relatively healthy earnings numbers.  Not surprisingly, the market continues to view these reported financial figures with a skeptical eye—the MSCI China Banks Index is down roughly 25% over the past eighteen months. Many of the large Chinese financial firms now trade at sizable discounts to the book value of their equity, suggesting provisions for loan losses are, to put it mildly, less than adequate.  The International Monetary Fund (IMF) agrees.  Earlier this year, the IMF estimated China’s nonperforming loan ratio at 15%, compared with the official 1.75% figure reported by the Chinese government.

The glaring discrepancy between these two figures lies in the method of calculation.  When loans approach a nonpayment status, Chinese banks typically push them off-balance sheet into specially created asset management companies (AMCs), making the potential rise in the numerator just disappear.  While the bad loans may appear to have vanished, the bank continues to retain the credit risk, acting as a guarantor to the AMC.  If you can’t justify what you want to prove, demonstrate something different and pretend it is the same thing.

Such a high rate of non-performing loans on Chinese books should not be surprising.  The problem can largely be attributed to China’s thousands of state-owned enterprises (SOEs), which consume nearly half of the country’s bank lending and more than 80% of corporate bond financing.

China’s Big Four commercial banks—Agricultural Bank of China (ABC), Bank of China, Industrial and Commercial Bank of China (ICBC), and People’s Construction Bank—were initially created to provide financing for the SOEs as they grew out of the state economic plan. While the Chinese financial system has instituted some incremental Westernization over the past two decades, the Big Four remain state-controlled, with the majority of capital still directed to state enterprises, preserving a system that is still more of a fiscal arm of the government than an independent, profit-maximizing enterprise.

Economic policy goals mean that capital flows often serve the policy objectives of political parties and the personal interests of its members, instead of being driven by purely economic criteria. Credit is frequently provided on cheap, flexible terms to politically favored entities to stimulate investment in real estate, infrastructure, and production capacity, creating a conflicted system incapable of efficient loan production.  This has led to the banks having to contend with political pressure to prop up faltering industries, and so-called “zombie companies”—entities that are technically bankrupt but still feeding on fresh capital.

Despite the pervasive conflicts of interest and the widespread misallocation of resources, rapid credit expansion of this state-operating system has continued without a hiccup, with growth over the last decade that has been truly staggering.  By some estimates, the size of the Chinese banking system has increased from $3 trillion in 2006 to $34 trillion in 2015, growth of more than 1,000% without a significant loss cycle.  This compares to an economy of approximately $10 trillion, suggesting total financial system assets of roughly 340% of GDP.  For context, the US had roughly $16 trillion in banking system assets going into the last financial crisis, which equated to roughly 100% of GDP.  Many investors still remain unfazed, choosing to embrace the idea that economical gravity doesn’t apply to China, and somehow all of this mal-investment will turn out fine.  We disagree and view bad decisions as bad decisions, regardless of the market in which they occur.