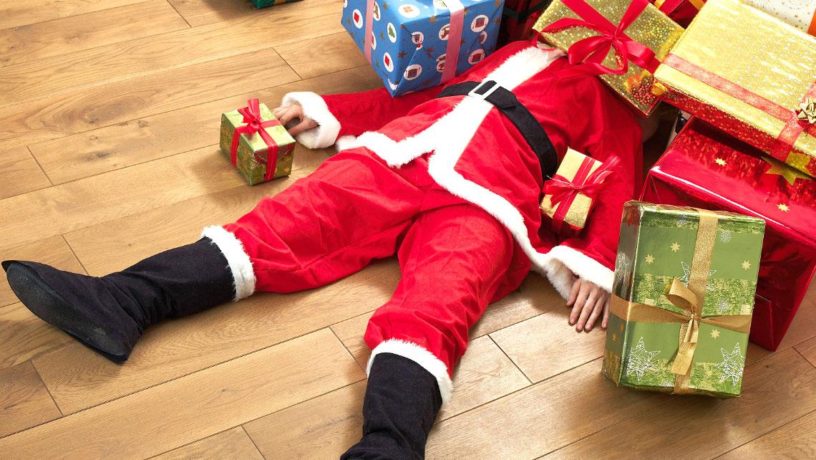 The findings of a recent NerdWallet Consumer Holiday Shopping Report include some troublesome items.

Fourteen percent of U.S. consumers are still paying off credit card balances from last Christmas. Millennials are most likely to have outstanding balances from last Christmas. Combine that with the finding that Americans plan to spend the same amount on gifts as they did last year and you get a building case for eventual economic hardship. At a minimum, these people are spending future income, reducing their future standard of living.

If a 25-year-old takes two years to pay for his Christmas shopping, it reduces future amounts he has available to fund his retirement plan, buy a house or maybe even buy groceries. It is a credit treadmill that can quickly become difficult to escape. If a 55-year-old does it, it likely reduces his standard of living in retirement or postpones it.

Not all 2016 Christmas credit card shoppers are digging that hole. 44% of those who used credit to buy gifts last year paid their balances within a month. That’s a 12.8 percent increase from the 39% who immediately paid their credit card balances in 2015. It is divergent behavior like this that causes (or, according some, results from) increased wealth discrepancies between economic classes. But as long as an increasing number of people make both better and worse financial decisions, the middle class will continue to shrink.

Expect the divergence to grow. Millennials (ages 18 – 34) are most likely to have remaining credit card balances from last Christmas. They are also the group most likely to spend more this Christmas. That’s not a great combination for wealth accumulation.

There are plenty of web-based resources to help shoppers better manage their budgeting, spending and credit use through the holidays. Here’s what you need to know about them: don’t even bother. If you need an app to prevent overspending, you are going to overspend. Effective Christmas budgeting is very simple: Excluding gift purchases, do you have any extra money in your December budget? Do you have some additional money tucked away somewhere for Christmas shopping? Add the two. That’s what you can spend.

If those two numbers add up to zero, don’t buy any Christmas gifts. I don’t have any advice for you if have small children but no extra cash. That’s a tough situation, but beginning or feeding a debt spiral to buy a GI Joe or a Ken Fashionista doll is both terrible financial stewardship and sets a poor example for your family.