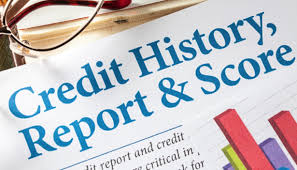 Headlines this past week heralded that Americans’ credit scores reached an all-time high in April, finally signaling a full and robust recovery from the recession of 2007-08. The average credit score is now 700, a level considered good-to-excellent. A full 60% of Americans now score at or above that influential figure.

The average score in Tennessee is 666.

Chapter 10 bankruptcies fall out of your credit score calculation after ten years. The first wave of these bankruptcies and foreclosures are just now beginning to fade into personal credit history. It takes seven years for a Chapter 7 bankruptcy to drop off a credit report; the impact of the last of those 2007 – 2010 bankruptcies is ending this year.

Celebrating these improved credit scores would be akin to the U.S. bragging about improved national student test scores that resulted solely from Alabama seceding from the union. (No email, please; I grew up in Alabama.)

There is seemingly conflicting data, however, despite credit ratings reaching all-time highs, the most recent Federal Reserve Survey of Household Economics and Decision making finds that an estimated 23% of Americans can’t even pay their bills each month, relying on credit cards and due-date juggling to get by. A shocking 44% of Americans don’t have enough extra cash to pay for an unanticipated expense of only $400. Yet 70% of the same survey respondents—including those living in families with less than $40,000 in income—describe their economic situation as “living comfortably” or “doing okay.”

This triangular dichotomy between credit scores, liquidity and economic self-perception is not explained by economic class differences or income inequality. Even the creditworthiness of the least creditworthy borrowers is improved. The percentage of consumers with credit scores below 600 has fallen to 20%, an all-time low.

If Americans are unprepared for unexpected expenses, consider their unpreparedness for one of life’s most predictable asset needs: retirement. An Economic Policy Institute report finds that the median retirement savings among families between 50 and 55 years old is $8,000.

You may find some solace if you have more than $400 in savings or $8,000 in your 401(k.) But someone has to bear the cost when a person ignores a $450 medical bill, defaults on his mortgage or is destitute in retirement. It is impossible to fully insulate yourself from the economic decisions and conditions of others.