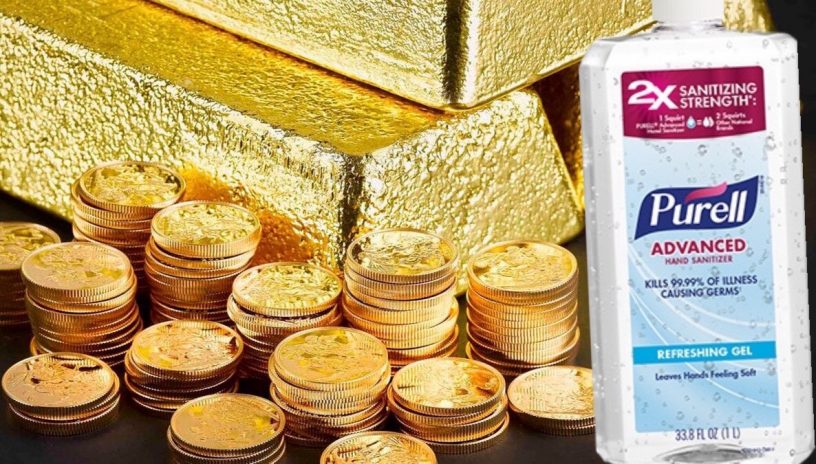 In the wake of continued stock market mayhem, some observations seem appropriate.

In the four weeks following February 12, the U.S. stock market declined 17 percent, while the price of gold increased seven percent. If you own gold, congratulations. Gold has finally recovered to where it was in August 2011. The U.S. stock market is up more than 100 percent since then, even after recent declines.

If the price of gold eventually sets a new high ($1,895 per ounce), I’m still not sure what good it does gold hoarders. You could sell an ounce of gold and buy 2,200 rolls of toilet paper, but that would cost more to store than gold.

When the Chinese economy ground to a halt, so did much of its oil consumption. Oil prices fell, prompting Russia and Saudi Arabia to increase their oil production, trying to take market share from other oil producers, primarily U.S. oil companies. This drove oil prices even lower. Oil has declined 50 percent since the first of the year. I’ve never been a fan of an industry where the price of your product can be wildly manipulated by a sheikh or a czar.

I never thought I’d see interest rates this low, much less flirt with going negative. I suspect there are contracts with variable interest rates that will become nonsensical when you plug a negative number in the contract formula.

With the stock price declines, some stocks have dividend yields approaching ten percent. I fear some investors who indiscriminately chase those yields will be shocked to learn that just because a company has never cut its dividend doesn’t mean that it won’t.

Assuming a U.S. company develops a vaccine for COVID-19, it will be made available worldwide, almost certainly free in some regions, and below U.S. prices in others. That’s how the drug industry works. We subsidize the rest of the world.

From March 7 to March 9 – two days – the number of confirmed coronavirus cases in the U.S. more than doubled, to 500. If cases double every four days (I have no idea if this is likely), 500 cases become 65 million by May 19. To date, approximately ten percent of those infected with COVID-19 have required an average hospital stay of 10 days.