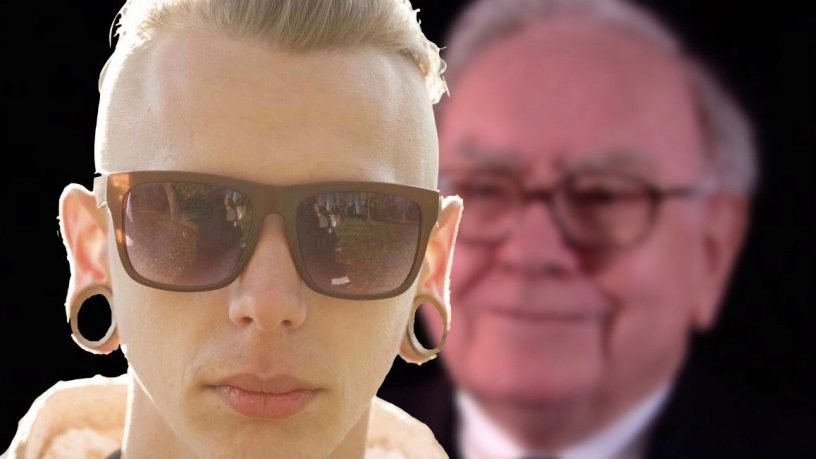 At a recent family funeral, I was visiting for the first time with a distant niece and her boyfriend. Despite his quasi-mohawk, strange piercings and dinner plate sized thing embedded in his earlobe, the boyfriend was a reasonably tolerable fellow – at least he was until he learned I was the Tennessee uncle in the investment business. That’s when he began to explain to me how the online brokerage firm Robinhood was about to enable a massive wealth shift from people like me to people like him. He went into detail explaining that traditional metrics such as earnings were irrelevant – although he didn’t actually use the words “metrics” or “earnings.” His confidence suggested he knew quite a bit about whatever it is he does on his Robinhood app, although he couldn’t explain the business of his most recent investment, 2 shares of a company called Clover Health. This budding Warren Buffett warned that he was almost ready to quit his Chili’s gig and go into full-time competition with me.

Since the stock market rebound of last year, the number of market pundits has grown exponentially. The fact that most of these new experts have virtually zero investing experience doesn’t deter them from offering advice. In my experience, confidence and competence are often negatively correlated. The unearned certainty of these novices isn’t insincere; many people simply don’t recognize their own lack of ability.

I favor of the expansion of responsible investing and the idea of spreading equity ownership to a wider audience, but I suspect that many of the more than 10 million new brokerage accounts that have been opened this year view the process of buying stocks as something I wouldn’t describe as investing. In the Robinhood app (a platform that appears almost perfectly tailored to millennials and amateur traders), confetti falls to celebrate a transaction. This clearly sends the wrong message. Doing a transaction shouldn’t be the goal of an investor, no more so than swinging a bat is the goal of baseball.

This is the third time I’ve lived through a period of watching otherwise seemingly rational people (and plenty of obviously irrational ones) confuse luck with competence. There are plenty of anecdotal observations today that feel like the late 1990s. Much like today, in 1998-1999 Wall Street earnings forecasts were rising robustly – but not nearly as rapidly as prices were increasing. I recall physicians in 1999 glued to CNBC whenever possible, including at least two doctors we know who left medicine to be full-time day-traders. Unlike my niece’s boyfriend, at least those two doctors had fallback plans when logic and reason were restored.

Logic and reason are always restored.