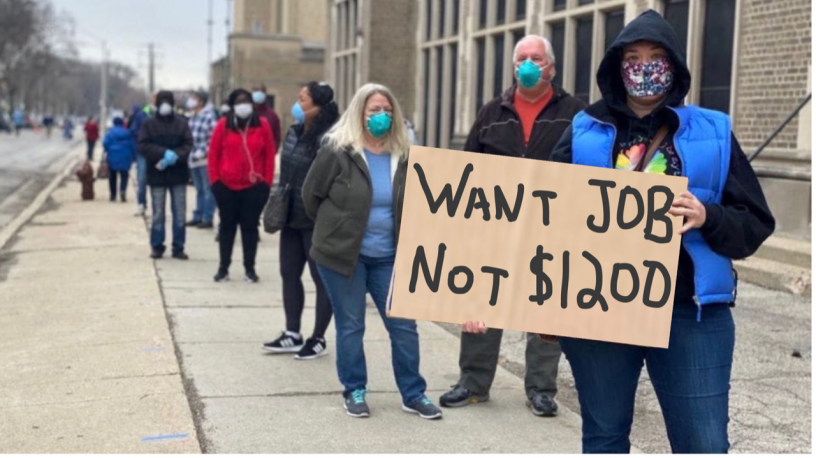 There are reasons to continue certain business restrictions in the fight against the coronavirus, but the economy is not one of them. Be wary of those advising that we must close the economy in order to save it. That argument fails the smell test and is based on faulty logic.

A recent headline warned, “Economist urges continuation of social distancing to avoid recession.” I have news for this economist: we are going to have a recession. And the longer Americans remain non-producing, the worse it will be.

A March 27 policy brief from some different economists (these at the University of Tennessee) argued that there is an economic benefit to closing large parts of the economy. They write that a fully open economy would result in increased deaths and sick workers, causing the economy to perform poorly.

When a person dies, there is an economic loss from foregoing that person’s future earnings, consumption and savings. Using figures from the Environmental Protection Agency, the researchers assigned an economic cost of $9.4 million for each death. If coronavirus mitigation efforts in Tennessee reduce the number of deaths from 100,000 to only 22,795, the UT model implies that saving those 87,000 lives would produce a $715 billion economic benefit for the state.

But the model is based on tenuous assumptions that have aged so poorly since the paper’s publication that its conclusions should be ignored – especially by those in positions of authority.

Despite criticism that Tennessee has been slow and passive in its virus mitigation efforts, as of early this week, the state had suffered 109 COVID-19 deaths. Not 100,000. Tragically, more people will die from the disease, but it is difficult to imagine Tennessee reaching even the most optimistic case presented in the UT paper: 22,795 deaths.

It is an even worse assumption to assign a $9.4 million economic cost to each life lost to COVID-19. The model doesn’t differentiate demographically when assigning that economic value. Thus far, the mean age of death for a U.S. COVID-19 patient is 77.2. The fatal victims of this disease may be our most cherished and honored members of society, but a 90-year-old nursing home resident does not have the same future economic value as a healthy 30-year-old nurse.

In the past two weeks, four Knoxvillians died with COVID-19. Another 45,000 Knoxville-area residents filed for unemployment benefits. The shelter-in-place lockdowns were started to keep the hospitals from being overwhelmed, yet many of them are so empty that they’re in the process of laying off employees.

The perverse irony is that the people deciding whether to open the economy or not are among the few holding jobs that guarantee they get paid either way.