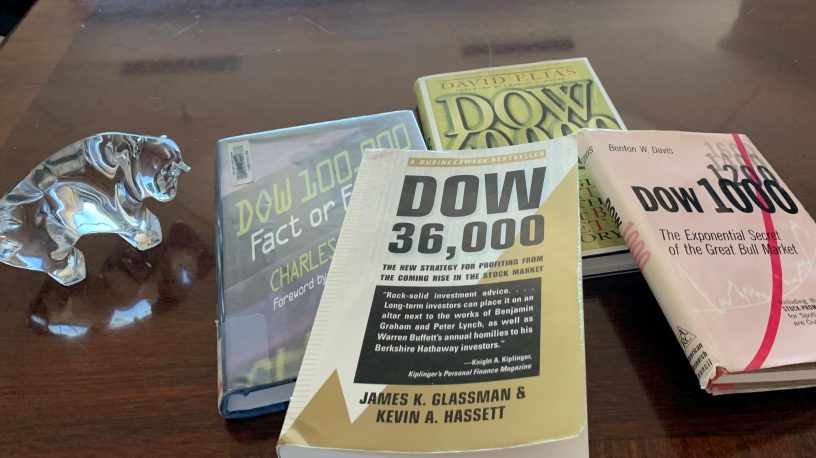 When the Dow Jones Industrial Average closed above 36,000 on November 2, it satisfied a forecast made by authors James Glassman and Kevin Hassett in their best seller book, “Dow 36,000.”

Well, it sort of satisfied their forecast. Their book, published in 1999, predicted that the Dow would reach 36,000 by as early as 2002. They only missed their guess by almost two decades.

As a marketing hook, the title “Dow 36,000” was incredibly effective, garnering praise from a number of reviewers at the time, including the Harvard Business Review, Kiplinger’s Personal Finance Magazine and political commentator Brit Hume. As a marketing gimmick, the title “Dow 36,000” was both catchy and effective. As investment analysis, however, it was malpractice, wrapped in self-aggrandizing academic gobbly-gook.

The authors declared that stocks were no riskier than bonds and as such, deserved no risk premium over bonds. With that faulty assumption, they concluded that the stock market would more than double in the next three years, after already doubling in the preceding three years.

That is, these presumably really smart guys, endorsed by plenty of other presumably really smart guys, assumed that the long-term return of the U.S. stock market would be 27 percent annually. Instead, over the next 14 years, the Dow Jones Industrial Average would increase a grand total of zero. In September 2013, the index stood at 17,900, the same level it had been in the fall of 1999. In the 22 years since the book’s publication, the Dow index has increased an average of 3.3 percent annually.

The authors’ erred in focusing merely on economic fundamentals – such as economic growth and business earnings – without considering the prices businesses were fetching in 1999. I am long-term bullish on the both the US economy and stock market. But there is a price at which even a very attractive business is no longer an attractive investment. In the ten years from 2000 to 2010, the earnings of Walmart more than tripled, yet the price of the stock was lower in 2010 than it was decade earlier, when the company was smaller and less profitable. The reason: despite being a fantastic business, Walmart’s stock price was ridiculously too high in 2000.