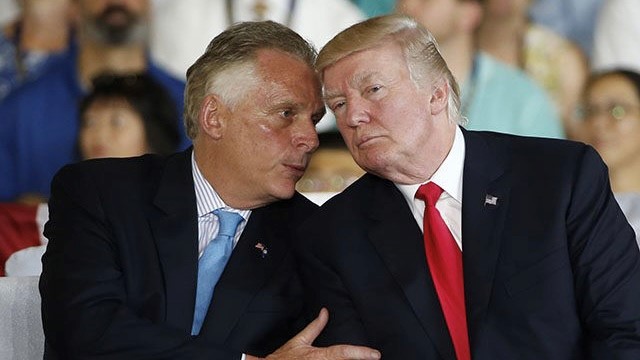 The surprise election of a political novice to the governorship of Virginia provides a useful investment lesson, although probably not one you would guess. It does not, in my opinion, signal a quasi-lasting shift in voter sentiment. Instead, it is a reminder how quickly stable people can change their opinions about very important matters – and not just those involving politics.

But politics is a great example, because it is something about which everyone has opinions – and most people are very certain of their opinions.

I don’t believe the claims that the recently concluded elections signal some massive change in the country’s political winds. Nor did I believe that the nomination of Donald Trump signaled an end to the republican party or that Trump’s election signaled ruin for Democrats. We now know that Joe Biden’s election was not the end of the modern-day republican party, no more so than does the default of Terry McAuliffe in Virginia signal the end of the Biden presidency.

After Gerald Ford pardoned Richard Nixon in 1974, my great-grandmother told me that the U.S. would never again elect a republican president. She was more convinced of her position when Jimmy Carter was elected in 1976.

Political power flows back and forth between parties, but it has always returned to something akin to a mean line. The line might be slightly sloped in a direction, but that slope doesn’t change as abruptly as two consecutive election cycles might suggest.

Much of life is that way, including the stock market.

John Templeton’s famous observation that the most dangerous words in investing are “this time things are different” is a warning against simply extrapolating the most recent stock results indefinitely into the future. Today’s stock market returns are essentially an election, but today’s election results tell us little-to-nothing about where stock prices might be five or ten years from now.

Despite Treasury Secretary Janet Yellen’s silly claims to the contrary, it is obvious to me that the current increase in inflation is not transitory or short-lived. And while I believe that the federal government is pursuing policies that will make inflation even higher, I do not believe it signals an abrupt change from a successful and vibrant economy to something akin to Venezuela. It may seem that way on any given day, but trends change much more slowly.

There is a certain vacillation to life, encompassing both politics and economics. It is a sort of unseen harmonic that isolates on either side of a self-correcting trend line, providing a balance that our emotions are too often incapable of managing.