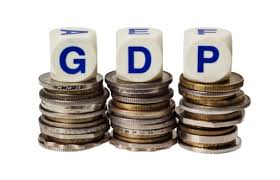 During Barack Obama’s first seven years as president, annual GDP growth has averaged 1.7 percent, peaking at 2.5 percent in 2010, his second year in office. Since the U.S. has recorded such data, President Obama is the first president during whose term of office the economy never grew more than three percent in a year.

It would be easy to blame Barack Obama; he has been the most philosophically anti-business president since Woodrow Wilson.

Yet the Federal Reserve, under both Ben Bernanke and, to a lesser extent, Janet Yellen, has been the most accommodative and business-friendly central bank in the history of the United States. The Fed used every tool at its disposal to spur economic growth. When that didn’t work, it invented a new tool—three trillion dollars’ worth of quantitative easing—and yet the economic and wage growth are still anemic.

Presidential candidate Jeb Bush built his tax, spending, jobs, national defense and deficit containment plans on returning the U.S. to three percent annual growth. Superficially, it seemed reasonable, as the median annual GDP increase since 1930 has been 3.6 percent. Using that logic, however, it would be superficially reasonable to expect Princeton, winner of the most NCAA football national championships, to beat Alabama in the 2017 playoffs.

From 1950 to 1999, annual GDP growth exceeded three percent 34 times, or 68 percent of the years. Since then, the economy has grown three percent only twice.

This decline is a structural, secular change in our economy, not a self-correcting cyclical one. It is the new normal. The next president is not going to enjoy three percent average annual economic growth during his or her time in office, either.

Most of the factors that benefited the U.S. economy in the 20th century are gone. The economy has already experienced an increase in production from women entering the workforce. Unlike immediately following WWII, the U.S. no longer benefits from being the only developed country in the world without a destroyed infrastructure. Birth rates are declining. The oldest of the baby boomers are dying. The economic winds that were at our back are now in our face. Net exports have become net imports.

Consumer expenditures, once a predictable 60-to-63 percent of GDP have surged to 70 percent of GDP, with much of the increase financed by a rise in debt or decreased savings. Net exports are now net imports.

Not only is this consumer expenditure increase unsustainable, even a stable 70 percent consumer spending rate is likely not permanently viable.

None of this portends true economic peril for the U.S. But investors, business owners, borrowers, lenders and elected officials all need to change their expectations. The underlying long-term economic growth rate is almost certainly not going to be 3.6 percent.