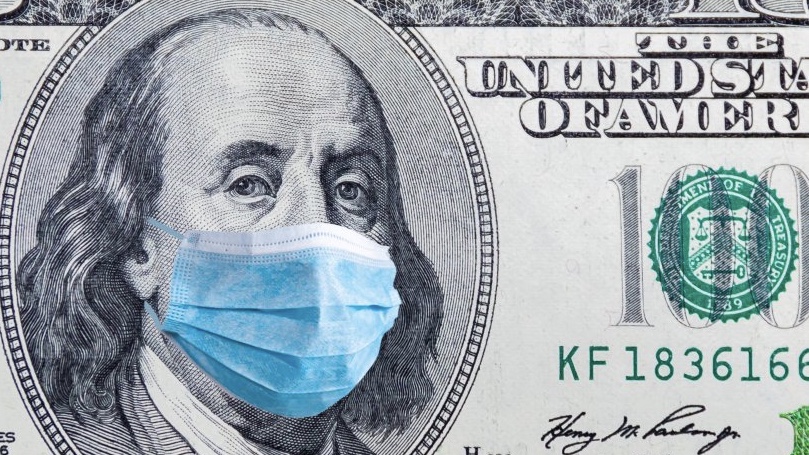 During the first quarter of 2020, the U.S. economy shrank 5.0%, its worst three-month decline since an 8.4% drop in the fourth quarter of 2008. The 2008 drop occurred throughout the three-month period, as one would expect in a normal recession. The drop in the first three months of this year, however, occurred in only the last two weeks of March, equating to a weekly decline almost four times that of the worst quarter during the Great Recession of 2008-09.

Investors react to surprises, which is why the Dow Jones Industrial Average collapsed more than 10,000 points over 21 trading days in March; investors never expected an almost complete shutdown of our $21 trillion economy.

Economic expectations for the just-ended second quarter are record lows – low enough there is a chance that investors might be pleasantly surprised that April-to-June wasn’t worse.

The divergence of those estimates is also at record levels. The median second quarter GDP forecast of the 10 economists surveyed by financial network CNBC is a decline of 34%. The Conference Board, a non-partisan think tank, forecasts a 40% drop. The Federal Reserve Bank of New York expects “only” a 15% decline. The Philadelphia Fed expects a 32.2% contraction. In only a month, the Atlanta Fed’s Nowcast estimate has improved from -52.8% (on June 4) to -35.1% (July 3.)

Somewhere among all those estimates and expert surveys is an accurate forecast; I just have no idea which one it is. If the various Federal Reserve banks can’t narrow their respective forecasts within 5 or 10 percentage points of each other, then your guess is as good as mine – and theirs. Expect the actual figure to be released July 31.

Here is how I have decided to handle the unknowable quarterly macroeconomics of active pandemic: I mostly ignore it. There are two broad paths an investor can take with respect to COVID-19. One can assume humanity will eventually figure out how to deal with it or assume we won’t. If we don’t eventually find a way to prevent, treat, cure or otherwise mitigate/live with the effects of this coronavirus, then we have much, much larger problems than whether to invest in large cap stocks, zero-percent CDs or Beanie Babies.

I’m betting that we eventually figure out how to keep the SARS-CoV-2 virus from being the basis on which almost all economic decisions are made. Maybe that’s in 6 months; maybe 2 years. We will only know that COVID-induced investor anxiety is over with the clarity of months (or more) of hindsight. And by then, opportunities will be missed, and investors will be fixated on some new potential economic catastrophe.