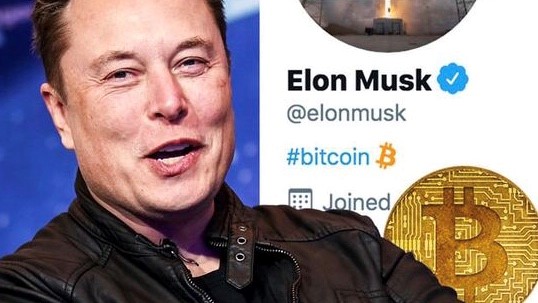 In only a week, GameStop has been dethroned as the darling of millions of newbie day traders. Bitcoin regained that distinction, aided by the news that Elon Musk’s electric automobile company Tesla purchased $1.5 billion of the digital currency in January. In addition to making headlines on investment-oriented information platforms, news of Tesla’s purchase was widely broadcast in the general media.

What wasn’t widely broadcast, however, was that a month prior to the company’s huge bitcoin purchase, Tesla co-founder and CEO Elon Musk appeared openly negative about the digital currency. On December 20, Musk, now the world’s richest man, tweeted to his 45 million Twitter followers, “Bitcoin is almost as [bull manure] as fiat money.” (“Fiat money” is currency issued by a government.)

Less than two weeks following Musk’s bitcoin tweet, Tesla changed its internal policies to allow investments in alternative assets, including gold and cryptocurrencies such as bitcoin. By the end of January, less than six weeks following Musk’s little discussed or noticed negative digital currency tweet, the company he leads had bought $1.5 billion of that bull crap bitcoin.

Such a rapid about face makes one wonder if Musk changed his opinion about bitcoin, or if his tweet was intended to depress bitcoin’s price immediately prior to Tesla’s purchase? Neither inspires my confidence in Musk. It will be interesting to see if regulators examine the curious timing of Musk’s seeming inconsistency. If so, it won’t be the first time Musk has run afoul of securities regulations.

In 2018, the Securities and Exchange Commission (SEC) charged Musk with securities fraud related to a tweet about taking Tesla private. Musk and Tesla agreed to a settlement and a $40 million fine, without admitting or denying the SEC’s charges. Less than six months later, another Musk tweet prompted the SEC to charge that Musk had violated the 2018 settlement agreement.

Elon Musk is a multi-discipline visionary who inspires an almost cultlike, fanatical loyalty. But his fans/followers should be careful assuming they should blindly piggy-back on Tesla’s bitcoin bet. Vision in one area of life does not guarantee competence in another. Elon Musk named his electric care company after uber inventor Nikola Tesla, a contemporary, one-time employee and eventual competitor of Thomas Edison. Among Tesla’s more than 700 patents are the radio, fluorescent lights and the AC motor. Tesla’s obsessive-compulsive disorder was a factor in both his genius and his ultimate demise, as one of mankind’s most accomplished inventors and visionaries spent his final years fixated on pigeons, eventually dying penniless in 1943. I’m sure Elon Musk won’t suffer a similar tragic fate, but I’m not sure about bitcoin.