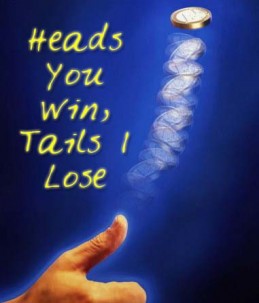 The week’s Stupid Investment is one that always rears its intentionally complex head after the stock market has dropped and investor anxiety has risen.

Index-linked certificates of deposits appear, on the surface, to be safe alternatives to cash, with upside potential if stock prices increase. Of course, lions and grizzly bears appear cute and cuddly until you try to pet one.

A cursory glance at the investment sales material leads most people to believe that if the stock market goes up, this CD will provide half of the return of the S&P 500. And if the US market declines, the worst an investor will do is earn six percent.

The CD documentation notes that if the “Index Return” is up 20%, the CD will pay a 10% return at maturity. Does that mean that if the S&P 500 returns 20 percent annually over the six years that this CD will pay 10 percent?

SunTrust’s definition of “Index Return” is, in my opinion, so illogical and convoluted that it could have only been designed to intentionally mislead. To actually calculate the expected return requires multi-page referencing of the CD sales material. It’s also helpful to use a highlighter, an Excel spreadsheet and to suspend logic.

The selling point of this CD is that it protects an investor if, over the next six years, the S&P 500 declines.

The fees on the CD are capped at six percent, or equal to the investor’s guaranteed minimum return. Perverted coincidence.

Since 1928 the rolling six-year average annual total return of the S&P 500 has been 11.7 percent, 3.8 percentage points of that coming from dividends..

I don’t have enough space to walk through all of the calculations, but if the S&P 500 replicates those same historic returns evenly over the next six years, this CD would return 2.41 percent annually, not 11.7 percent. An unknowing investor would be excused for erroneously thinking his index-linked CD return would be half of 11.7 percent, or 5.85 percent a year.

Even in this bullish scenario, his return would be a mere 21 percent of the S&P 500 total return.

If the S&P 500 completely collapses and, for only the third time in history, declines over the next six years, investors would earn one percent annually, compared to the 1.73 percent SunTrust currently offers on a standard 5.5-year CD.

I don’t mean to pick on SunTrust. These things are sold by legions of institution. Regardless of the issuer, however, this is a “heads I win, tails you lose” proposition.