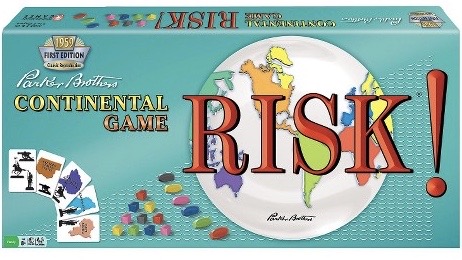 Prior to this year, the Dow Jones Industrial Average (DJIA) had never declined more than 1,000 points in a day. Then came COVID. Within a single week in March of this year, the index dropped more than 2,000 points three times, culminating with an almost 3,000-point drop on March 16. In three miserable days, the index dropped a total of 30 percent.

Quiz: at which point were stocks riskier, March 16 or July 31?

If you answered March 16, you don’t understand risk.

For decades, many in the investment community have conditioned us to believe that to earn higher rates of return an investor must take on higher amounts of certain types of risk. Wrong.

Great risk managers neither avoid nor haphazardly seek risk; they evaluate it. They exploit it. They consider possible positive and negative outcomes, assign probabilities and values to each, and then make decisions for which they expect compensation that is more valuable than the risk incurred. We all perform these types of calculations daily, even without thinking.

One of the riskiest things most of us do is ride in an automobile. We simply trust that the person in the oncoming lane of traffic, traveling fifty miles per hour in a 4,000-pound piece of steel, won’t suddenly become distracted – or worse, intentionally attempt to kill his fellow motorists. There are 6 million automobile accidents in the Unites States annually, injuring 3 million people – more than 2 million of them permanently – yet each day, more than 100,000 people on I-40 in Knoxville have decided that the convenience and quality of life benefits of automobile travel is worth that risk. For a person under the age of 25, the odds of dying in an auto accident are 30 times greater than dying from COVID-19, yet parents have decided that they really don’t want to be driving their kids around until they are 30 years old – even if that is the safest decision.

Four months of increasing stock prices has been good for your portfolio, but it is that increase that makes stocks generally riskier today than immediately following that horrible week in March. Compared to March, the economy today is weaker, more people are unemployed, companies are less profitable – yet stock prices are 30 percent higher. I may not be able to assign some fancy two-decimal risk measure to it, but logic tells me the risk/reward prospects were better in March – when the DJIA was 6,000 points lower.

It’s largely our approach to risk that not only determines the size of our balance sheet, but also the quality of our life.