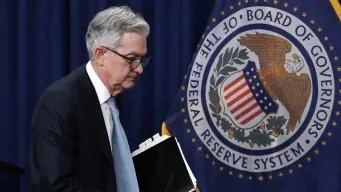 The only anticipation regarding this past Wednesday’s Federal Open Market Committee meeting was how much the Fed would increase rates – with the consensus expectation somewhere around one full percentage point. To me, the Fed’s actions seemed a bit like a 400-pound diabetic guy ordering a Diet Coke at Mr. Gatti’s.

The Fed’s attempt at window dressing doesn’t shock me, but the reaction of Wall Street does. The collective wisdom of investors seems to be that inflation really is mostly transitory – even if a bit more persistent than the use of that term originally suggested. That’s the only reasonable explanation for market rates that remain well below the rate of inflation, a condition that guarantees that trillions of dollars in bond investments will produce negative real (inflation-adjusted) returns for the next several years.

The only way to rationalize eight percent inflation and a ten-year Treasury rate of 3.5 percent is to believe that inflation will pretty quickly fall by at least 50 percent – from eight percent to four percent or less.  Otherwise, those really smart fund managers buying trillions of dollars in bonds are committing to a guaranteed loss on those investments.

During each of the previous six tightening cycles, the Fed Funds rate peaked at above the inflation rate. A similar move today would require the Fed to raise rates by at least a full six percentage points – not a paltry one percent.

It’s easy to imagine why the Fed might be less-than-zealous in fighting inflation; this type of rate increase would push the U.S. into a recession so severe that even accomplished wordsmiths would be unable to ignore it. But I simply don’t understand why investors collectively act as if these tiny moves by the Fed will not only reduce inflation – but will do so relatively quickly.

It seems to me that the general level of market interest rates should be at least a full five percentage points higher than they are currently. That would put the Fed Funds rate around eight percent. That’s also about where CD rates would be. Mortgage rates would be over ten percent. And, just as occurred in the successful inflation fighting efforts by the Federal Reserve in 1980, the U.S. would experience a recession.

In my opinion, the Fed Emperor has no clothes, but investors don’t seem to agree. There is a strong possibility that I am wrong. The actions of both the Federal Reserve and the collective actions of investors suggest that I am. Maybe the Fed can effectively combat inflation without the pain of meaningfully higher interest rates.

And maybe a couple of Diet Cokes is all the fat guy at the pizza buffet needs.