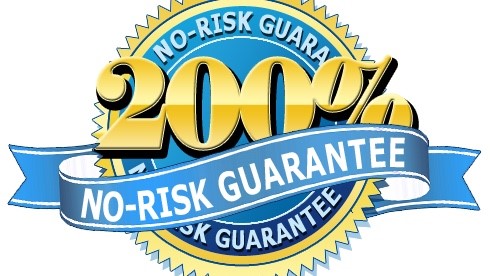 A couple recently invested $100,000 into an annuity that, among other fantastic features, is guaranteed to at least double in value over ten years, at which point the annuity would provide a 5% income stream for the husband’s life. That is, ten years from now the couple expects that their initial $100,000 investment would begin producing annual income of $10,000. (Five percent of $200,000, the guaranteed doubling of the original investment.)

Except there is no guarantee that their investment will double in value. Nor will there be $10,000 in annual income. Instead, the investment may be worth as little as $110,000. If the couple chooses to begin receiving $10,000 of annual income, as they plan, there is a chance that the income could last only a few years, not the 20 or more years they expected.

This couple is smart, educated, sophisticated and financially astute. They believed what their adviser told them. My guess is that the adviser probably believed what he said. The odds that he had read much more than the glossary sales material are pretty close to zero. If he had read the fine print, however, he could have determined that the words on the sales material were very carefully chosen. The words were technically accurate, but clearly misleading. The “guaranteed” outcome only happens if about 18 conditional caveats occur – a scenario that has already become impossible.

It is frustrating that reading the fine print wasn’t easy. It never is. The feature that my clients had misinterpreted was fully explained on pages 218 through 235 of a 313-page document printed in a 9-point font. I’m not a lawyer, but it took me 45 minutes, a highlighter, two different colored pens and a hand drawn flow chart to understand those 17 pages. That is not an accident. Investment promoters are skilled at creating products that appear to be something they aren’t. If an investment is needlessly complex, there is a reason – and it is not in order to mask some feature that will provide a positive surprise 10 years down the road.

Unfortunately, there is no easy way to spot misleading claims. Few people will read a 313-page document as part of their investment evaluation process. However, here are some simple steps that might help you spot something misleading.

If an investment has a feature for which you have to pay extra, the investment deserves extra attention, if not automatic disqualification.

When reading the fine print, study the definitions of all capitalized terms. These terms often create a reality that differs from perception.

And if an investment purports to have an apparently guaranteed feature that seems extraordinary, you almost certainly misunderstand it.