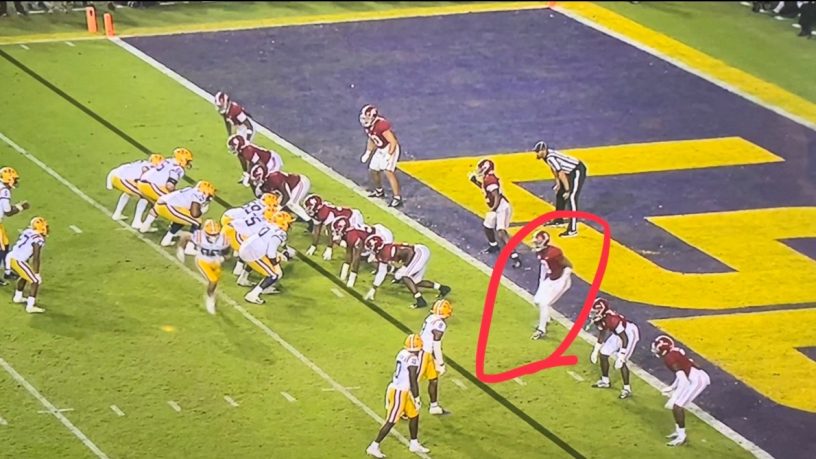 Statistically, each of Saban’s two-point attempt decisions was the correct decision, even though neither resulted in in Saban’s desired outcome. Finebaum is guilty of a fairly common error: equating the quality of a decision with the desirability of the outcome.

This type of thinking ignores the role of luck and randomness when making decisions in an uncertain environment. In sports (and real life) the best decisions are based on probabilities and run the risk of potential failure. But failure doesn’t make the decision an incorrect one.

The opposite is also true. A successful outcome doesn’t necessarily prove a good decision. Getting lucky – especially when a person ascribes his outcome to skill rather than chance – can lead to reckless and dangerous decisions. The intoxicated driver who happens to make it home without injuring or killing someone may eventually convince himself that he is a better driver after having a few drinks, thus leading him into even more reckless decisions.

When an investor has a gut feeling that the stock market is about to decline and he sells all his stocks, what does it mean if the market immediately declines? That he has a “feel” for the market? No. It likely means that he got lucky. And despite the old adage, it is not better to be lucky than to be good.

Sometimes the worst thing that can happen to an investor is that luck bails him out of a series of poor decisions, seducing him into believing that he is smart or skillful. This is how an investor who correctly “predicts” an impending stock market decline can often remain sitting in cash as prices eventually recover and permanently surpass their previous highs.

It’s curious that many of the writers who criticized Saban praised LSU coach Brian Kelly for attempting a two-point conversion in overtime. LSU’s two-point attempt was successful, but only because an Alabama defensive back took the wrong first step when the ball was snapped. Kelly’s decision was described as “gutsy,” when a better description would be “lucky.” The odds of successfully converting a two-point try in college football are somewhere around 45 percent. Regardless of the play call, down by one point in overtime Kelly was, at best, placing the outcome of the game on a coin flip.