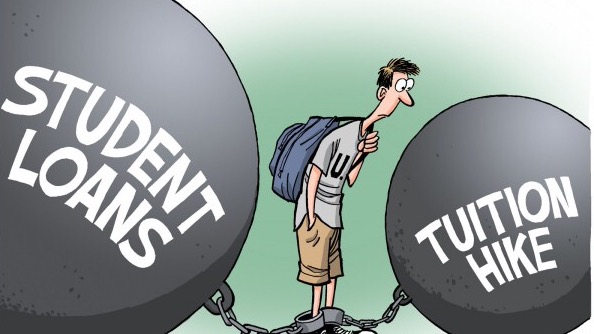 Easy access to grants and student loans has disconnected the decision to pursue a college degree from the act of paying for it. Sellers can raise prices faster than consumers in an open market would allow, because a third party is paying part of the purchase price or the payment terms obfuscate the buyer’s ultimate responsibility. And since student loan debt is almost fully funded by U.S. taxpayers, schools have no risk of default when a student can’t make his payments.

Any large market that is artificially supported with public subsidy will eventually price itself near or beyond the point of crisis. Since most colleges associate prestige with spending on facilities and research, higher education suffers a natural bias toward increased spending. That institutional spending bias is fueled when its customers are unaware of the actual cost of the service they are buying.

When Tennessee began its lottery-funded college scholarships, it modeled the program after the one in Georgia, going as far as to hire the Georgia chief as the CEO of the Tennessee Education Lottery. Recent findings related to the Georgia program should serve as a warning to Tennessee.

Research by Harvard’s B.T. Long found that the Georgia Hope scholarship caused tuition increases at all Georgia colleges. Without changes, it is forecast that the Georgia program will be insolvent in only 12 years.

Since the beginning of the Tennessee Hope Scholarship program in in 2003, annual tuition increases at the University of Tennessee Knoxville have averaged 7.81 percent, compared to only a 2.32 percent annual increase in inflation. Undergraduate enrollment has increased 16 percent over those 13 years, making higher education one of the rare industries that suffers diseconomies of scale.

In a June 26, 2017 News Sentinel column, University of Tennessee President Joe DiPietro touted the university’s three-year declining trend in tuition increases; from 2015 to 2017 increases averaged only 2.33 percent annually. Dr. DiPietro did not note that 2.33 percent is 50 percent greater than the three-year inflation rate.

When, in 1993, P.J. O’Rourke warned that if the cost of health care seemed expensive, wait and see how expensive it becomes when it is free, he could have just as easily been speaking of the higher education industry.