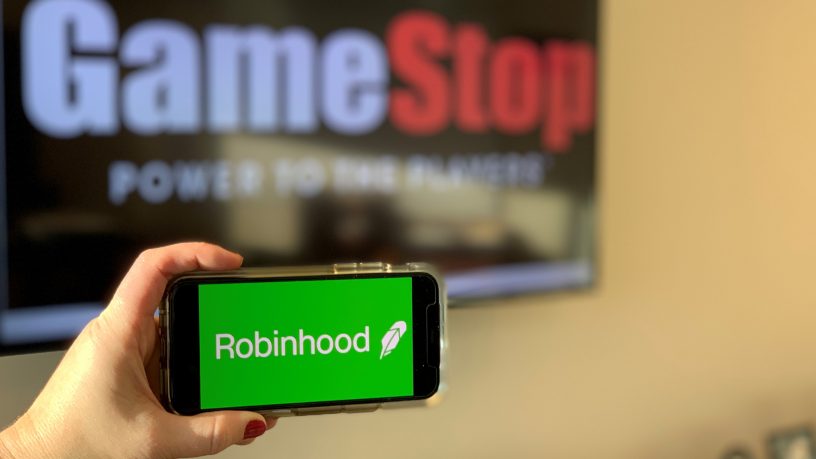 A bunch of small day traders recently took aim at some billionaire hedge fund managers by driving up the price of the failing video game retailer GameStop. Many of the small traders loosely organized their efforts via a Reddit message board and executed their plan on the free mobile trading platform Robinhood. GameStop stock increased 1,600 percent in January. Hedge funds who bet against the company have lost almost $20 billion.

Observers have called it a victory of the small guy over The System, enabled by the free trading offered by upstart brokerage company Robinhood. But this story really isn’t about some generational shift in power from billionaire hedge fund managers to 20-somethings trading stocks in their boxer shorts.  This is simply a new version of the traditional story about hubris, ignorance and greed. Apart from this tale of human nature, the center of the story isn’t GameStop or Reddit; it’s Robinhood.

Vladimir Tenev, Robinhood’s co-CEO, is fond of saying that the company’s no-commission trading app has democratized investing, providing the little guy with the same tools the big guys have always enjoyed. But Robinhood hasn’t democratized investing; it has Googleized it. The company sells its customers’ trades and data to firms or individuals called market makers. These market makers paid Robinhood more than $500 million in 2020, prompting the Securities and Exchange Commission (SEC) to charge the company with making misleading statements about the true costs of its “free” trades.

A scant fraction of traders using Robinhood have any idea that they are the product and that Robinhood’s real customer is The System.

The entire affair is complicated. Don’t expect to easily understand it.  But don’t pretend to, either. That’s the type of hubris that set the stage for this drama.

Ironically, both the hedge fund managers who lost billions betting against GameStop stock and the day traders who have (so far) reaped those gains are confusing luck with talent. Professional investors know the risk of taking a large short position in a thinly traded stock. That they may have repeatedly done so previously without disaster is simply luck – much like driving on the wrong side of the road in the middle of the night when there is little traffic. The Robinhood day traders can almost be excused for their misunderstanding. They are like the drunk lady at Churchill Downs who is on a roll picking winners based on which horse has the cutest jockey.

In the past three years GameStop’s business generated losses exceeding $1.3 billion.  At this point, few people are asking the most important question: is GameStop’s operations – not its stock price – improving or continuing to decline?