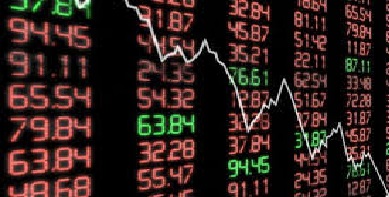 Last week’s column about Washington’s often short-term irrelevance in actual economic outcomes inspired a number of disagreeing emails, warning that a lunatic with a nuclear weapon poses a significant risk to the stock market. There are real long-term risks in the stock market today, but war with North Korea doesn’t top the list.

The human cost of war is so immense that discussing its investment implications is irreverent, but it doesn’t prevent almost every investor from doing it. The market’s reaction to tragic geopolitical events has been so varied, however, that it almost appears random. Stock returns are a function of many factors, defying our natural tendency to ascribe causality to a single, understandable, high-profile event.

The closest two nuclear powers have come to war was the 1962 Cuban Missile Crisis, a 13-day U.S./Soviet standoff during which the S&P 500 was essentially unchanged.

In the two days following the Japanese attack on Pearl Harbor, the stock market dropped 6.3 percent. A year later, however, U.S. stocks had gained 15 percent. By the end of World War II, the S&P 500 had increased 80 percent.

By contrast, the U.S. stock market declined 12 percent during the first World War.

Long-ish term stock returns are complex, depending on things like valuations at the beginning of the evaluation period and corporate earnings growth. The three years that include the attacks of September 11, 2001 are an example of that complexity and the ill advisability of ascribing market credit/blame to a single factor.

When the New York Stock Exchange resumed trading a week following the attacks of 9/11, U.S. stocks suffered a 7 percent single-day loss. By the end of the week, the Dow Jones Industrial Average had dropped 14 percent. More than $1.4 trillion in stock market value was lost that week. The S&P 500 recovered within 5 weeks, then dropped 18 percent over the following 11 months.

That drop, however, was not caused by terrorists. The tragedy of 9/11 occurred in the middle of a three-year bear market, making that historically horrific day simply an investment footnote. The 49 percent decline from March 2000 to October 2002, the worst since the Great Depression, was the result of stock prices that were so irrationally high that a decline was practically and eventually certain. Even an increase in corporate earnings over those three years couldn’t outweigh the influence of such an overpriced market.

Since 2000, the Tel Aviv Stock Exchange index has increased 150 percent – twice the return of the S&P 500 – despite Israel being one of the most geopolitically turbulent places on earth. Those returns were a function of the increased earnings of Israeli-based companies such as TEVA Pharmaceuticals, Tower Semiconductor and Check Point Software, not Israeli-Palestinian conflict.

The U.S. stock market is no different.