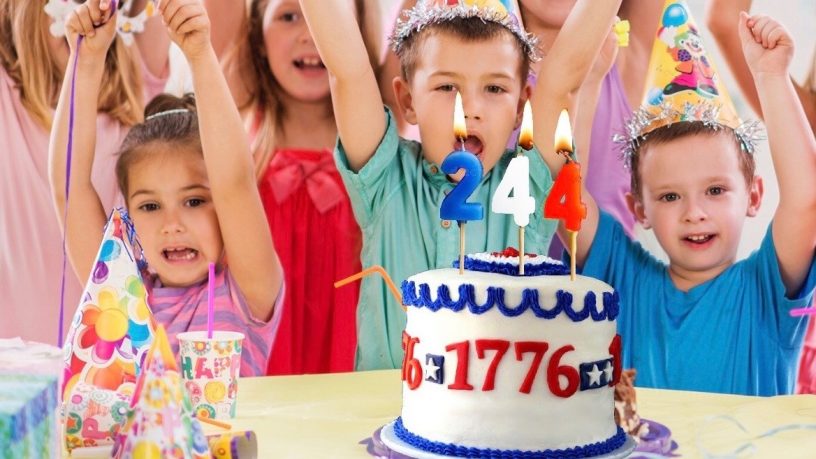 I’m sorry we had to cancel all the birthday parties this week, but I’m sure you understand. Growing old can be hard; it’s not for the weak. Year 243 made that abundantly clear, didn’t it?

But there is no way you look 244. Even with everything currently on your plate, you’re more mature and have accomplished so much more than either of your neighbors.

I know things are difficult right now, but you’ve gone through a lot worse. People are comparing now to when you were 192. Coronavirus, riots and general dis-civility are bad, but they fortunately pale in comparison to the 1960s. It’s easy to forget how close you came to a full-scale nuclear war in 1962. And then, a year later, they assassinated your president. Then they killed Dr. King. Two months later they killed a presidential candidate. And all of this occurred during a war in which more than 1.3 million people were killed, almost half of them civilians.

We hoped the turn of the decade would bring an immediately brighter day, but instead it brought Kent State, Nixon and 444 days of your citizens being held hostage by an Iranian madman. You did have a great 200th birthday party in the 1970s, but you also had 9% unemployment, 10% inflation, 20% interest rates and zero percent economic growth.

Yet you managed to survive.

A lot of people were betting against you. Civil unrest is one thing, but few countries – especially young ones – can survive a civil war.

However, in the fifty years following your Civil War, the condition of your people improved in almost every meaningful way. Advances in science led to rapid declines in infant mortality, improvements in surgical outcomes and an increase in life expectancy from 35 years to 52.5. GDP per capita more than doubled. Progress toward more equal rights edged forward, although not quickly enough.

It doesn’t always feel like it, but in the most recent fifty years, your steady march of progress has continued. Violent crime has declined. Life expectancy has increased to 79. GDP per capita is up more than tenfold since 1970 , despite Americans working fewer hours.  People are healthier, richer, safer and more equal under the law. Fifty years ago, “a woman’s place was in the home,” it was difficult for an openly gay individual to be a teacher and interracial marriage was widely illegal. Controversy over these ideas is now rightly viewed as ridiculous. Tolerance against discrimination in all its forms, while often broadcast as if it has never been worse, has likely never been better.

I suspect you will enjoy even greater accomplishments in the next 50 years. Happy birthday.