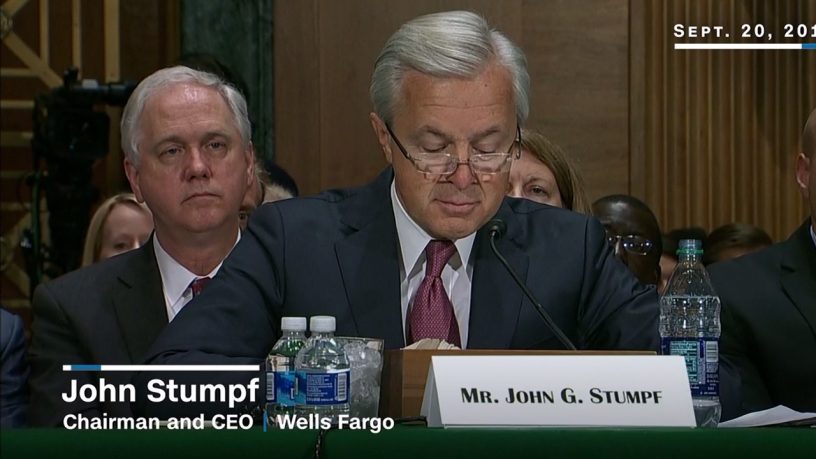 If there was any disagreement about whether the financial markets are intentionally misleading and unnecessarily complex, that question was settled as the details of newly discovered Wells Fargo Bank fraud emerged. Among the more than 1 million Wells’ victims were a number of the company’s own employees.

The system is so complex that not even bankers could tell they were being cheated.

The Wells fraud is just the latest known scandal in a long list of misdeeds in the financial-ish industry, dating back to the money changers in the temple. The dirty secret is that most of the deceit in the financial industry is both perfectly legal and never discovered. I have long been convinced that more money is “stolen” via decades of exorbitant, hidden fees than by all of the Bernie Madoffs combined.

The Wells Fargo fraud, however, is peanuts compared to the investor abuse the Department of Labor is trying to curtail. In 2015 customers willingly purchased more than $100 billion worth of annuities that were so egregiously structured that a new Department of Labor (DOL) regulation prohibits their use in account types over which it has regulatory jurisdiction.

The sales of both variable and fixed annuities have already begun to plummet (an expected 20 percent or more this year) in anticipation of next year’s implementation. House and Senate Republicans are almost unanimously against the measure, instead favoring an abusive status quo that is so complex that industry insiders fall prey to its corruption.

Rather than abide by a regulation that requires them to act in their clients’ best interests, most annuity salesmen have or will abandon the IRA industry. Nothing prevents them, however, from selling the same garbage to victims with accounts over which the DOL has no jurisdiction, namely individual, taxable accounts.

Political grandstanding notwithstanding, the problems in the financial industry are not fairly attributed to some nebulous boogeyman such as capitalism or unbridled free markets. Free markets require the free flow of information, a supposed goal of securities regulations. Disclosure in the investment industry is generally so obfuscated as to render it practically worthless.

Purely coincidentally, I am sure, is that the Wells Fargo board includes a former Federal Reserve Board Governor, along with former secretaries of Labor, Transportation and Energy. The Consumer Finance Protection Bureau fined Wells a $185 million, or about two-tenths of its 2015 revenue.

A member of Congress recently told me that the only feedback he had received about the DOL prohibition was from people objecting to the rule because they could no longer sell certain products. Actual customers don’t express opinions on regulatory matters like this because they generally have no idea when they are being cheated. If Wells’ own employees don’t know when they are being screwed, the rest of us don’t have a prayer.