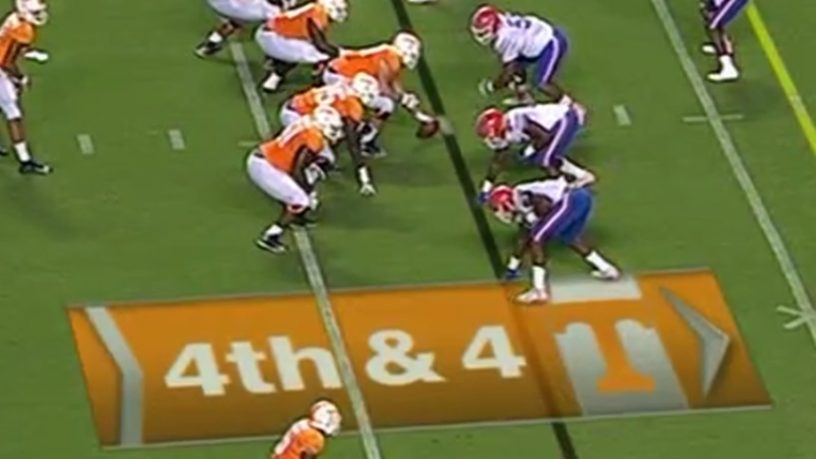 Facing a first quarter 4th down against Florida, Tennessee head football coach Jeremy Pruitt chose to go for the first down. The Volunteers’ pass fell incomplete, giving the ball to the Gators. On the next play, Tennessee recovered a Florida fumble, rendering the failed 4th down attempt meaningless and resulting in a Tennessee field goal.

I don’t have space to explain it, but trust me; the odds almost always favor going for it. Coaches should almost never punt. Two good studies are here (NFL study)  and here (NCAA study.)  It’s fascinating reading for football fans.

Football coaches reject the statistically superior strategy of going for it on 4th down because incentives influence how people manage risk. High level football coaches are among the most competitive people on earth, incentivizing them to find any competitive edge. But they are also among the most highly compensated people on earth, giving them an even larger incentive to keep their jobs.

No one gets fired for punting on 4th-and-6 from his own 35-yard-line, even though it is almost always the wrong statistical decision. But if a coach attempts to go for it and fails, he’s called incompetent, putting his paycheck in jeopardy. This status quo bias holds true in areas outside of football, as well. People rarely question the way things have always been done, so our tendency is to choose the default option.

Most people would rather be wrong than different.

Doug Pederson is in his 3rd season as the head coach of the NFL Philadelphia Eagles. Other than a short stint at a tiny private K-12 school in Louisiana, he’s only coached football nine years. The Eagles’ owner understands statistics, giving Pederson the freedom to lead the NFL in 4th down attempts in his two-plus seasons at the Eagles’ helm. In Pederson’s second season as a head coach at any level, his Eagles won the Super Bowl.  (Here is an analysis of all 29 of the Eagles’  4th down attempts in the 2017 season.)

Pederson’s boss gives him the freedom to risk looking incompetent in order to give his team the best chance to win.

Risks should be evaluated on the magnitude and probability of possible outcomes, not the possibility of looking stupid or deviating from consensus. Like football coaches, too many investment advisers are more concerned with career risk than investment risk. That is, they would rather be wrong than reject consensus and appear incompetent to their clients. They consider popular investments as less risky, even if the numbers say otherwise.

Sometimes conventional wisdom is right – not because everyone thinks it’s right, but because logic makes it so. However, sometimes it is wrong. The best way to assess risk is not to reject conventional wisdom but to evaluate the various alternatives and think for yourself.