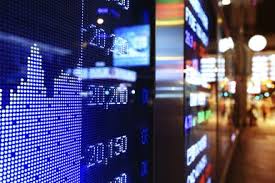 In the five years from June 2011 to June 2016, the Dow Jones Industrial Average (DJIA) dropped 500 or more points 25 times. Some of these declines occurred in as few as three days. Five times the DJIA dropped more than 1,000 points; three of those declines exceeded 2,000 points. Yet over these five years the DJIA increased an average of 7.63 percent annually, extending the 2009 bull market into a record seventh year.

Even more irrational than investor reaction to short-term volatility are the causes analysts, economists and the media ascribe to that volatility. While the group seldom possesses any proven skill at forecasting, the one undeniable talent they do offer is the ability to tell a compelling story. The explanations given at the time of each of these drops expose the easily distracted nature of investors.

Four of the drops were blamed on concerns about a weak economy. Another four declines were reactions to strong economic news, raising concerns the Fed might raise interest rates.

In November 2015, the DJIA began a 769-point decline in reaction to New York Fed President William Dudley’s warning that a strengthening U.S. economy might inspire the Fed to raise interest rates. Two months earlier, a 992-point DJIA drop was blamed on negative economic news—so presumably negative that it would preclude the Fed from being able to raise rates.

Drops in 2011 (-2,030 points) and 2013 (-990 points) were precipitated by the U.S. Treasury approaching the statutory debt ceiling and the threat of a government shut-down. Attention-seeking politicians threaten plenty of horrible consequences if they don’t get their way, but no reasonable person could seriously entertain the idea that the U.S. federal government would actually close.

On November 6, 2012, the DJIA began an 818-point decline blamed on the prior day’s reelection of Barack Obama. U.S. investors somehow managed to survive that disaster; the market has since increased 40 percent.

Even when the market reacts to a piece of legitimately useful and actionable information, investors are likely to assign irrational significance to that information. A $6 billion unexpected loss at a $2.4 trillion bank is a real issue, but a rogue trader at JPM is no reason for the DJIA to drop 1,000 points (May 2012).

Certain classes of forecasts have well-deserved reputations for being unpredictable and even difficult to assess in hindsight—short-term market moves generally fall in the bucket. The natural inclination of most talking heads is to grab on to the first possible explanation for an event, then gather supportive evidence around it. Investors would be wise to avoid basing investment decisions on these events and leave the media to waste time trying to predict the unpredictable.